General
News ID: 3473941
TEHRAN (IQNA) – The coronavirus restrictions and precautionary measures at Al-Masjid an-Nabawi (the Prophet’s Mosque) in the holy city of Medina have been tightened to prevent the spread of the virus. 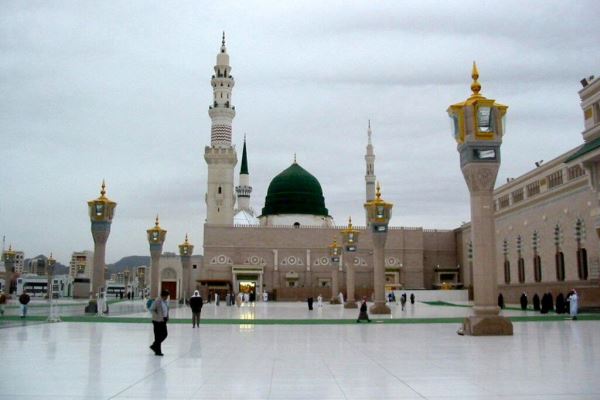 The spokesperson for the Agency of General Presidency for the Prophet’s Mosque Affair, Jamaan Al-Asiri, said the decision to intensify the measures was made after meetings held by the presidency, Ajel.sa website reported.

He added that based on the decision, the number of medical teams at the mosque will rise while the number of workers is going to decrease.

Also, the health conditions of all of pilgrims entering the mosque will be monitored via Tawakkalna app, the official app approved by the Saudi Ministry of Health to prevent the spread of the coronavirus, the spokesman noted.

Moreover, disinfection and sanitization of the mosque will be done more frequently, he went on to say.