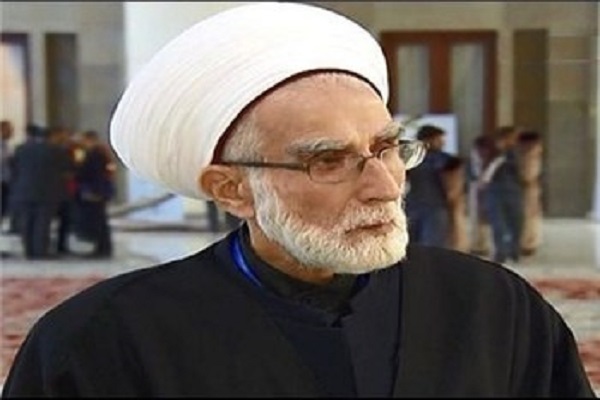 He was the Chairman of the Board of Trustees of the Association of Muslim Scholars and a former Sharia judge in the city of Sidon.

He was known in the region for his anti-Zionist stances and considered resistance to be the only way for the region to get rid of the cancerous tumor of Zionism, according to al-Manar.

The Hezbollah resistance movement on Tuesday a statement on Tuesday in which it expressed deep grief over the cleric’s death after a long Jihadi and educational journey.

Hezbollah offered condolences to Sheikh al-Zein’s family as well as the Umma’s scholars and the mujahidin (fighters) in all the battlefields.

The statement hailed the long jihadi journey of Sheikh al-Zein, adding that he supported the resistance during the various stages and conditions regardless of any blame.

Hezbollah underscored Sheikh al-Zein’s efforts in support of the Palestinian cause, people and resistance, highlighting his role in renouncing strife maintaining the Islamic and national unity.