General
News ID: 3474182
TEHRAN (IQNA) – Britain must act now to end arms sales to Saudi Arabia for use in the war in Yemen, amid new evidence published by the US CIA report on Jamal Khashoggi. 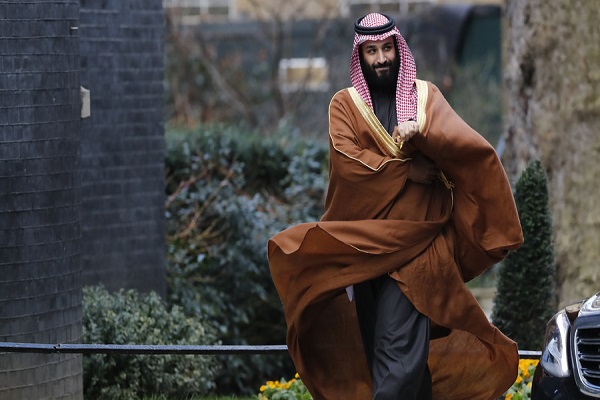 Fresh calls have been made by human rights groups and activists, in light of the Khashoggi report, detailing that Crown Prince Mohamed Bin Salman had indeed ordered the murder of Jamal Khashoggi.

However, Britain continues to be the second-largest exporter of arms sales, estimated to have £11 billion worth of orders – £1.4 billion of which were sent to Saudi Arabia after unrestricted arms sales resumed on 7 July, 2020. It is therefore ironic that Britain has cut vital aid to Yemen in a move that politicians have strongly condemned, and instead chooses to continue arming Saudi Arabia. Britain slashed up to 50 per cent of essential assistance to Yemen this year, but can continue to fund arms sales to Saudi that have caused its very destruction and turmoil.

In June 2019, British arms sales to Saudi Arabia were ruled unlawful by the Court of Appeal in a critical judgment and should be a testament to the fact that the arms sales should never have taken place.

Yemen is on the brink of famine and is the worst humanitarian crisis in the world, as documented by the UN. However, Britain is showing no remorse for its role in the tragedy and continues to arm a country under the spotlight for numerous human rights abuses.

The government is pushing forward with the arms sales, despite knowing that there is a risk of Saudi Arabia using these arms in the war in Yemen. They are continuing, despite our own foreign secretary's recent appeal for "international help to escape the tragedy". This is the brutal irony.

Britain cannot continue to ignore the current situation in Yemen as well as the pleas from human rights organizations such as Human Rights Watch, which issued a 172-page submission letter to the UK last year. The letter urged the secretary of state for international trade to reconsider the decisions made and to look at the evidence on the ground.

Yet countless calls from activists, human rights organizations and the people of Yemen themselves have gone unheard. Where is the compassion for millions of innocent Yemeni civilians who have had to bear the brunt of this brutal war?

Hundreds and thousands of children in Yemen have died under the age of five years old. The country is collapsing, and yet, those vital factors do not come into play. Profits should not come ahead of the lives of the people of Yemen. Britain cannot avoid accountability for the "unlawful" arms sales signed off by Jeremy Hunt and our own Prime Minister Boris Johnson back in 2016. At that time, the key ministers alleged that they did not know the risk it posed to civilians, but surely they know now.

Campaigners have quite rightly slammed the British government for choosing "profits over lives". If they continue not to take heed, Britain will have to be held accountable through the eyes of the law for its role in one of the world's worst humanitarian disasters to date.