General
News ID: 3474294
TEHRAN (IQNA) – The barber shop owned by a survivor of the terror attacks in Christchurch, New Zealand, was targeted by vandals. 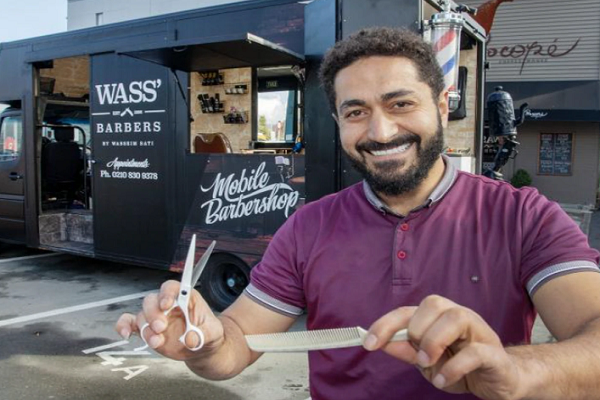 He reopened his mobile barbershop, Wass' Barbers in the central city last September, for the first time since the shootings.

But he arrived to work on Tuesday morning to find his van covered in graffiti, which he fears is racially motivated, nzherald.co.nz reported.

He told Chris Lynch on Newstalk ZB it is time for kindness.

"If you hate us so much just come along and have a chat with us. We don't want to hurt anyone. We just came over here to live and we just want to fit in well in this society."

Alsati said he received a phone call from a client this morning who told him about the vandalism.

He said the truck was sprayed with a "very difficult, bad word" and some patterns and numbers which he believes are linked to white supremacy.

"It's quite scary and it's disappointing. I don't know what to say."