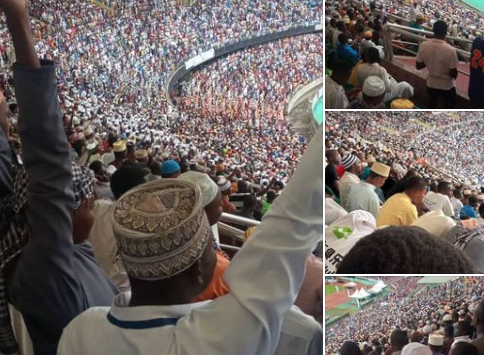 The Al-Hikma educational institute organized the contest with the participation of 21 Quran memorizers from different African countries, el-Bilad.net website reported.

A large number of people came to watch the Quranic event, filling an entire football stadium.

Representatives of Niger, Sudan, Nigeria, Tanzania and Ivory Coast were awarded at the ceremony as the winners of the first to fifth titles.

Tanzania is a country in East Africa where Islam is the religion of about 35 percent of the population.

On the mainland, Muslim communities are concentrated in coastal areas, with some large Muslim majorities also in inland urban areas especially and along the former caravan routes. More than 99 percent of the population of the Zanzibar archipelago is Muslim.