General
News ID: 3474923
TEHRAN (IQNA) – Hundreds of Bahrainis came out in rage in the capital Manama, commemorating a political prisoner, who died in the ruling Al Khalifa regime’s captivity earlier from COVID-19. 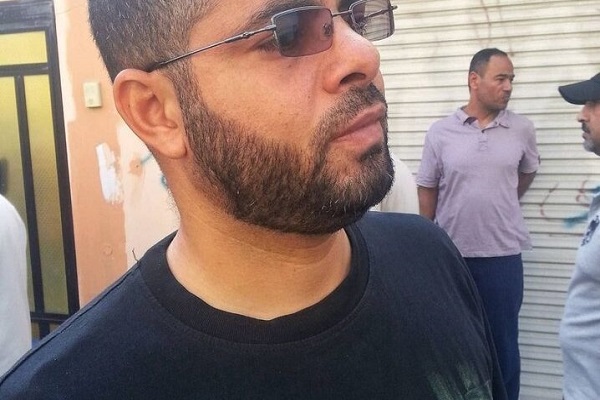 The rally was held in the city’s al-Diah area on Wednesday, with almost every protester holding up a placard that bore the picture of “Martyr Hussein Barakat,” Bahrain’s LuaLua satellite channel reported.

Barakat, a young Shia, was being kept in the notorious Jau Prison, south of Manama. He had been incarcerated due to his opposition to the regime’s decades-old discrimination and suppression targeting members of the faith that constitute the majority of the population of the Persian Gulf island.

He lost his life after slipping into a coma due to severe pulmonary infection, the channel reported earlier in the day.

The channel said Barakat passed away amid lack of oxygen and prison authorities’ refusal to allow him temporary medical leave.

The authorities had even stopped short of informing his family about his condition, only bothering to inform his wife after his demise.

The protest rally saw the “furious crowd” condemning the ruling regime’s persisting crimes against hundreds of prisoners of conscience, who have been thrown into jails across the country since 2011.

That year, the Shia population rose en masse, but peacefully to seek an end to the United States and Saudi Arabia-allied officials’ age-old drive to sideline the religious community and deprive of it of its basic rights.

The jailing spree has pushed Bahraini prisons’ capacities to the maximum amid the coronavirus pandemic and the fatal respiratory conditions that it can lead to.

Apart from mass imprisonment, the crackdown has featured the regime kill scores of protesters, outlaw the country’s leading Shia party al-Wefaq, and stripping oppositionists of their Bahraini citizenship.