General
News ID: 3475008
TEHRAN (IQNA) – The Office for the Affairs of Masjid al-Haram (Grand Mosque) in Mecca unveiled a DVD of the recitation of 114 Surahs of the Holy Quran by Qaris and imams of the mosque. 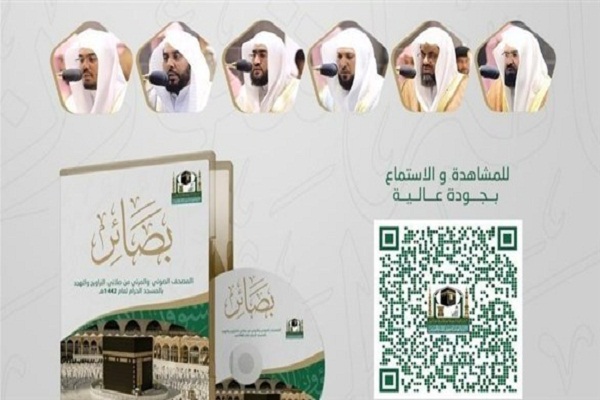 According to sputniknews.com, Sheikh Abdulrahman bin Abdulaziz Al-Siddis, director general of the office, unveiled the DVD published under the name “Basair”.

The Saudi Press Agency announced that the video files include Quran recitations in Taraweeh prayers held at the Grand Mosque in the holy month of Ramadan.

The collection also includes a documentary on recitation of the entire Quran as well as the Quran reading supplication by Abdulrahman Al-Sudais.