Culture
News ID: 3475229
TEHRAN (IQNA) – The academic deputy of the Hikmat International Institute said an international intensive course on Shia studies organized by the institute has been received well by scholars and researchers from different countries. 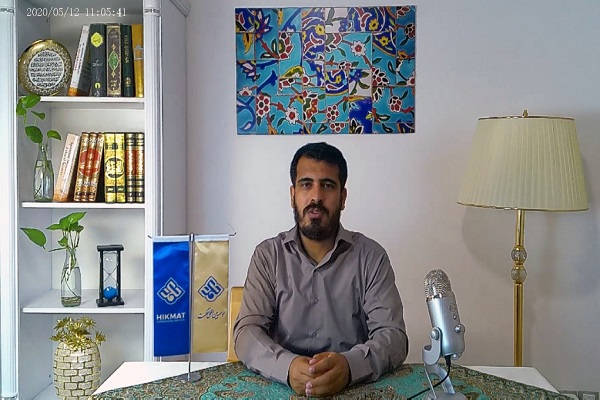 Beginning on Monday, the course is being held online and will run for three weeks, concluding on July 31.

The course is in English and attended by scholars in Shia studies from countries like Canada, the US, and Austria.

Speaking to IQNA, the academic deputy of the Hikmat International Institute, Mehdi Bahrami, said it is a comprehensive and intensive course that features discussions on many issues related to Shia Islam, including Shia Fiqh, history, sociology, theology and philosophy.

He said there will be 18 online sessions, each lasting two to three hours.

The main objective of the international academic course is to accurately expound different aspects of the school of Ahl-ul-Bayt (AS) based on the Twelver Shia thought, he noted.

Bahrami said that Shia Islam had not been known in academic circles and there was little research on it before the victory of the 1978 Islamic Revolution in Iran but after the revolution, there was more attention to and more investment in efforts to now this school of thought.

However, he said, most of the studies conducted on Shia Islam have involved political biases and ill-intentions and, therefore, the content produced in this field has not been rich enough.

“Thus, we, a group of seminarians who are familiar with foreign languages and have made numerous trips abroad for propagation and seen the academic atmosphere in other countries, recognized the need for entering this field and decided to seriously consider the issue of (offering) Shia studies in other languages.”

Asked how the course has been received, he said it involves very good scholars and professors from different nationalities and universities such as McGill University (Canada), Georgetown University (US) University of Exeter (UK), University of Hartford (US) and University of Vienna (Austria).

Some 40 individuals from various countries, mostly Western countries, especially the US and Canada, have taken the course, he noted.

Bahrami further noted that the institute plans to organize other international courses and conferences including one on religion and ethics and another on religion and mysticism with the cooperation of Iranian and foreign universities.

The institute is also going to sign agreements on long-term cooperation with several prominent universities, he went on to say.