General
The link was copied
News ID: 3475260
TEHRAN (IQNA) – A senior official of Lebanon’s Hezbollah resistance movement called on Muslims to follow the teachings of the Holy Quran to counter the hegemonic powers. 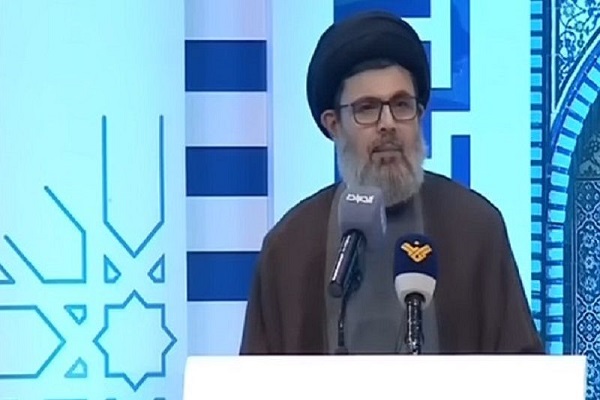 Addressing the closing ceremony of an international Quran competition in Lebanon on Friday, Sayyed Hashem Safieddine said if Muslims knew the Quran well and acted upon its teachings, there would be no discord and weakness in the Islamic world.

In that case, he said, Muslims would become a united Ummah and grew stronger, thus refusing to be under the yoke of arrogant powers.

He further thanked the organizers of the international Quranic event and hailed the participation of a large number of Qaris from different parts of the world in the contest.

Safieddine hoped that with the end of the coronavirus pandemic, the competition would be held in person in the coming years.

The “Irshad wa Tawjih” (guidance and counselling) Society held the contest, named “Oula-al-Qiblatain”, in cooperation with the Lebanon’s Association of Islamic Cultural Teachings.

A total of 322 Qaris from 40 countries took part in the international Quranic event, which was organized virtually due to the COVID-19 pandemic.

According to the panel of arbiters, Iraqi Qari Abdullah al-Karbalayi won the top tile.

Muhammad Ali Qassim from the host country was announced as the runner-up and Iran’s Majid Ananpour came third.