General
News ID: 3475290
TEHRAN (IQNA) – A conference on “Muslims of Eastern Europe and Challenges” was held in the Greek capital of Athens. 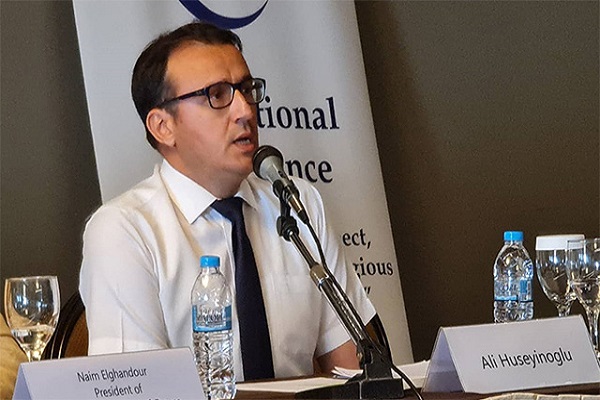 The European Muslim Forum (EMF) organized the event in cooperation with Muslim Association of Greece (MAG).

President of the European Muslim Forum Abdul-Vahed Niyazov in an address elaborated on the EMF activities and said it has carried out studies on the situation of Muslims in Europe.

He also referred to the status of Muslims in Greece and said that their rights should be preserved within the framework of the EU regulations.

He further said the EMF has organized seven such conferences and that the next one will be held in Romania.

Other speakers discussed the issue of Islamophobia, stressing the need for countering the phenomenon.

They said people should be educated about ways to confront Islamophobia, and highlighted the role of schools, especially elementary schools, in this regard.

The speakers also noted that the cyberspace has played a major role in spreading Islamophobia in the world.