General
The link was copied
News ID: 3475309
TEHRAN (IQNA) – Seventy-seven people have been arrested in Saudi Arabia for violating Hajj instructions that ban entering the holy sites in the kingdom during the Muslim pilgrimage season without a permit, authorities said. 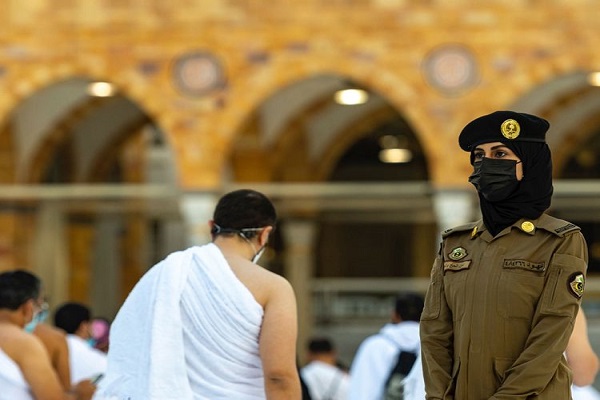 Each violator has been fined SR10,000, according to spokesman for the Saudi Hajj security forces Brig. Samy Al Shiwrekh.

He urged Saudi citizens and foreign residents in the kingdom to abide by this year’s Hajj rules, GTimes reported.

Security forces will continue to apply the law to anyone illegally attempting to reach the Grand Mosque in Mecca and other holy sites in Mina, Al Muzdalfa and Arafat until the end of Friday corresponding to the 13th of the Islamic month of Dh Al Hijjah, according to the official.

Earlier this month, Saudi authorities started enforcing a SR10,000 fine to illegal entry of the holy Islamic sites as the country has stepped up efforts to organize the annual pilgrimage season amid stringent measures against COVID-19.

The penalty doubles in the case of repeating the violation.

Hajj, one of Islam’s pillars, is a must for all Muslims to perform at least once in a lifetime if they can financially and physically afford it.

Around 60,000 Saudi and foreign Muslims residing in the kingdom representing 150 countries have been picked to perform this year’s Hajj.

Eligible pilgrims must be fully vaccinated against COVID-19, free of chronic diseases and aged between 18 to 65 years. The five-day Hajj commenced on Sunday.