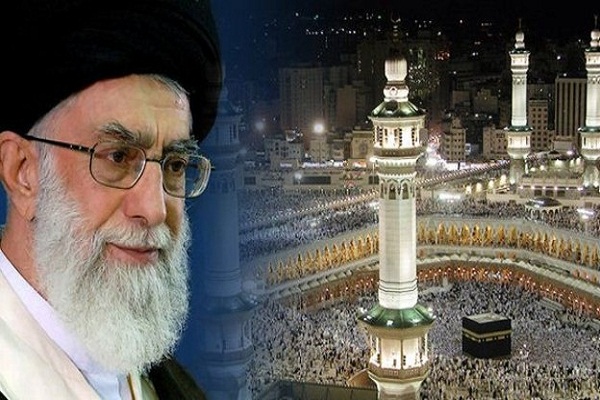 In his address, Ayatollah Sheikh Isa Qassim said Hajj and its great school come every year to lead the entire Islamic Ummah to unity and strengthen Muslims’ faith and their resolve and power to stand up against the forces of Kufr, arrogance and oppression.

He said the special conditions in which this year’s Hajj was held (due to the coronavirus pandemic) does not remove Muslims’ responsibilities and missions, including those related to the battle between monotheism and Shirk, justice and injustice, and the truth and falsehood.

Ayatollah Qassim also said Ayatollah Khamenei’s Hajj message gives the good news about a bright future for the Islamic Ummah if Muslims remain steadfast on the path of Islamic resistance.

Allama Sayyid Hashim al-Haidari in his remarks underlined the importance of the message issued by the Leader of the Islamic Revolution on Hajj every year, saying it outlines the strategic frameworks for the Muslim Ummah in the following year, and the challenges it faces and ways to counter them.

He said by acting upon this message, the Muslim Ummah can turn threats into opportunities.

In his message to the 2021 Hajj, released on Monday, the Leader urged all Muslims to stand up to aggressive Western countries’ interference and malevolence.

Ayatollah Khamenei emphasized that over the last 150 years Muslim nations have mostly been subject to the aggressive Western countries’ greed, interference and malevolence. Imam Khamenei also stressed that the Islamic nation must make up for the past and “resist” against such aggression.

The Leader also said, “Hajj is an act of worship that is filled with mysteries and secrets. The exquisite formation and combination of movement and quietude in it build the identity of the Muslims and the Muslim community and display its beauties for the people of the world. On the one hand, it helps the hearts of God’s servants to spiritually ascend by remembering God, reciting supplications and being humble. And this brings them closer to God. On the other hand, through their similar garments and harmonious moves, it creates a bond between the Muslim brothers gathering together from the four corners of the world. It displays the most important symbol of the Islamic nation with all its meaningful, transcendent rituals, and it shows the determination and greatness of the Islamic nation to all ill-wishers.”