General
News ID: 3475752
TEHRAN (IQNA) – The Taliban administration is working towards reopening high school education for girls, who were left out of a recent return to school for boys and younger girls, although a Taliban spokesman speaking on Tuesday gave no time frame for action. 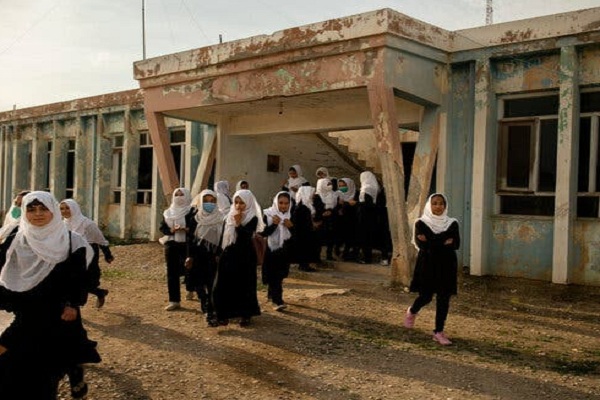 The Taliban say they have changed since their 1996-2001 rule, when they barred women from leaving home without a male relative and shuttered schools for girls, but they stirred skepticism when they said last week that they would open schools for high school-aged boys but not girls.

"In the case of schools (for female students), the Ministry of Education is working hard to provide the ground for the education of high school girls as soon as possible, work is under way on the procedure, and it is hoped that this will be done, God willing," Taliban spokesman Zabihullah Mujahid told reporters at a news conference in Kabul, Reuters reported.

The Taliban also announced appointments for several deputy ministers, although none were women.

Amnesty International on Tuesday released a briefing on the deterioration of human rights since the Taliban took over, saying some women's rights were under threat while protests on the matter had been violently suppressed.

Mujahid said at the briefing that "work is ongoing" on barriers to women's ability to work, without providing details.

"We are trying to strengthen the cabinet further, and God willing, women will be appointed to certain positions in the necessary sections, and one day we will announce (their names) here," he said.