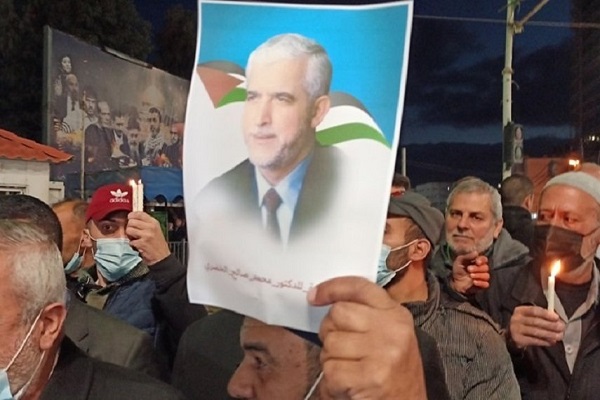 In a statement, Hamas said Riyadh should end this case in a way that is worthy of the Saudi ties with Palestine, Al-Alam reported.

Al-Khudari and his son Hani were arrested in Saudi Arabia last April.

He is suffering from cancer and his health condition has been deteriorating while in detention.

According to Amnesty International, Saudi authorities have denied him access to health and medical care.

Al-Khudari represented Hamas in Saudi Arabia between the mid-1990s and 2003.

He has held other important positions in the Palestinian resistance movement as well.

Saudi Arabia’s repressive measures against the Palestinian resistance movement as well as those seeking to collect donations for people living in the Israeli-blockaded Gaza Strip come as the kingdom and Israel are believed to have long been planning to publicize their secret ties.