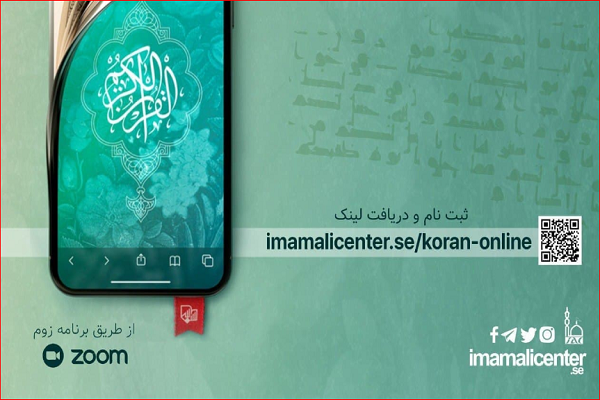 The online sessions will be held every Saturday from 9:30 to 10:30 AM local time via Zoom, according to the center.

The first session is slated for Saturday, October 23, which falls on the 17th day of the lunar Hijri month of Rabi al-Awwal that marks the auspicious birth anniversary of Prophet Muhammad (PBUH) and Imam Sadiq (AS).

The Imam Ali (AS) Islamic Center is an independent and grassroots religious institution founded by a number of Shia Muslims in 1996.

The center holds various religious and cultural programs throughout the year for Muslims residing in Stockholm and nearby cities.