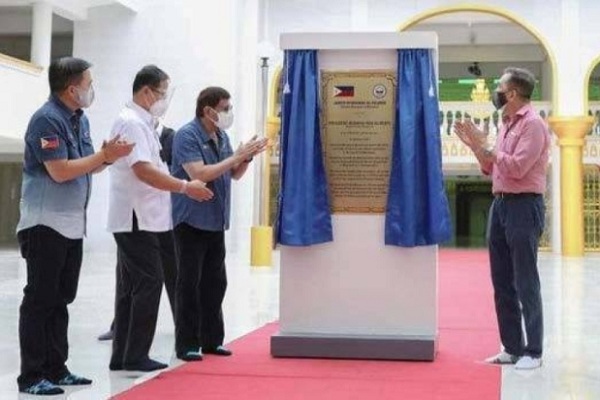 According to Duterte, the Grand Mosque has great importance to the culture and religion of our Muslim brothers and sisters and Maranao. For the government, this occasion is important because it symbolizes the rise of our Maranao countrymen and our victory against terrorism.

"Let me take this opportunity to reassure the people of Marawi that the government is doing its best to expedite the completion of rehabilitation projects at the soonest time possible. We, in government, are strongly committed to bring back the city's glory," he said in his keynote speech at the Rizal Park in Marawi City, Lanao del Sur.

Duterte said it is "very important" to rebuild the lives of residents of Marawi City that were destroyed following the siege that started on May 23, 2017 between government troops and the terrorists.

He added that the government's resolve is to restore damaged properties and revitalize disrupted socio-economic activities.

Duterte hoped that there would be no more Marawi-type siege in the country while commending state forces and the locals for their "bravery, sacrifice, and determination" in defending and liberating Marawi City.

"To the people of Marawi and to our kababayans (countrymen), rest assured that this government, this administration remains steadfast in securing our nation against terrorism, violent extremism, and other lawless elements," Duterte said. "With your support, I am confident that we will overcome any challenge that may test our strength and unity as a nation."