General
News ID: 3476580
TEHRAN (IQNA) – The Zionist regime’s forces have killed 77 Palestinian children since the beginning of the current year, according to a human rights organization. 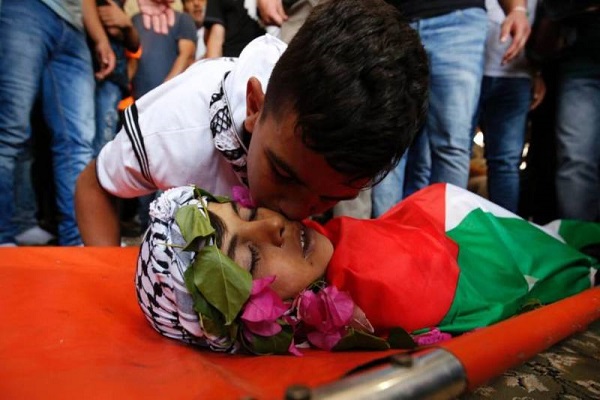 The Defense for Children International said on Saturday that during the year 2021, Israel killed 77 Palestinian children, 61 in the Gaza Strip and 16 in the West Bank and Jerusalem al-Quds.

Since 2000, some 2,200 Palestinian kids have been killed by the Tel Aviv regime forces, it added in a statement on the occasion of the World Children’s Day, al-Quds.co.uk website reported.

The group also referred to Israeli arrest of Palestinian minors, saying that since 2015, the regime has taken 41 children into custody.

It said four children are still in detention is Israeli prisons.

The Israeli regime is the only one in the world that tries children in military courts, the group went on to say.