General
News ID: 3476573
TEHRAN (IQNA) – Some 300 children under the age of five die in Yemen every day as a result of the Saudi-led aggression and its blockade on the impoverished country. 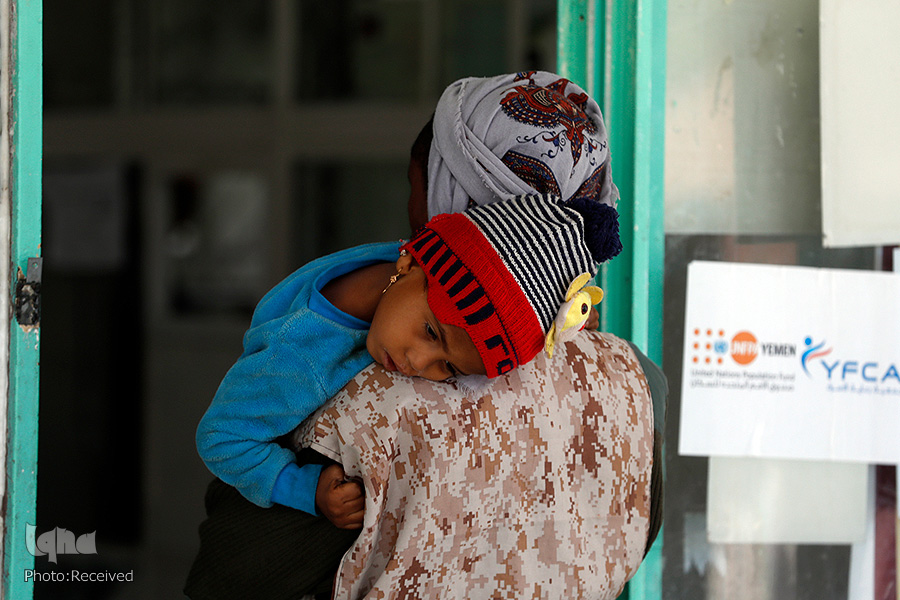 In a ceremony held in Sana’a on the occasion of the World Children's Day, the Yemeni government’s Supreme Council for Motherhood and Childhood called for saving children from the outcomes of the aggression and siege on Yemen.

Addressing the event, Yemen’s prime minister, Abdul Aziz bin Habtour, reminded the world community of its responsibilities regarding the lives of Yemeni kids.

He said children have been the main victims of the Saudi-led war on Yemen since its very first minutes.

Ali al-Daylami, the caretaker minister of Yemen’s human rights ministry, also addressed the ceremony, criticizing the United Nations and other international organizations for failing to protect the people of Yemen, especially the children.

Another speaker, Deputy Health Minister Najib al-Qabati, said that more than 300 children die in Yemen daily due to the aggression and siege on the country.

He added that some 43 percent of premature newborns die in Yemen due to lack of medical and health equipment.

Saudi Arabia and a number of its regional allies – including the United Arab Emirates (UAE) – launched the brutal war on Yemen in March 2015. The campaign was launched to eliminate popular Ansarullah movement and reinstall Yemen’s Riyadh-backed former President Abd Rabbuh Mansour Hadi.

Ansarullah has been running state affairs in the absence of an effective government in Yemen.

The war has also been carried out in collaboration with a number of Riyadh’s allied states and with arms and logistics support from the United States and several Western countries.

The brutal aggression, which is accompanied by a tight siege, has failed to reach its goals, but it has killed hundreds of thousands of Yemeni people.

The UN says more than 24 million Yemenis are in dire need of humanitarian aid, including 10 million suffering from extreme levels of hunger. The world body also refers to the situation in Yemen as the world’s worst humanitarian crisis. The war has also taken a heavy toll on Yemen’s infrastructure, destroying hospitals, schools, and factories.