General
News ID: 3476648
TEHRAN (IQNA) – Saudi-led military coalition and their mercenaries violated a ceasefire agreement on Yemen’s Hudaydah 188 times during the past 24 hours. 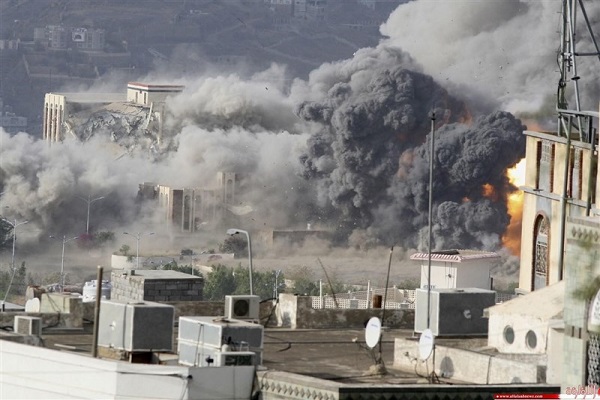 They carried out shelling and with rocket attacks against areas in Hudaydah, Al-Maseerah reported.

Also, the coalition’s warplanes attacked areas in an-Nahdeen district south of the Yemeni capital of Sana’a, as well as areas in the provinces of Ma’rib and Hajjah on Wednesday.

Saudi Arabia, backed by the US and regional allies, launched the devastating war on Yemen in March 2015, with the goal of bringing the government of fugitive former president, Abd Rabbuh Mansur Hadi, back to power and crushing Ansarullah movement.

Yemeni armed forces and allied Popular Committees have, however, gone from strength to strength against the Saudi-led invaders, and left Riyadh and its allies bogged down in the country.

The Saudi war has left hundreds of thousands of Yemenis dead, and displaced millions more. The war has also destroyed Yemen's infrastructure and spread famine and infectious diseases across the Arab country.