General
News ID: 3476788
TEHRAN (IQNA) – A Malaysian Islamic association has reacted to the Israeli regime’s interference in the ongoing talks between Iran and 4+1 to revive the nuclear deal. 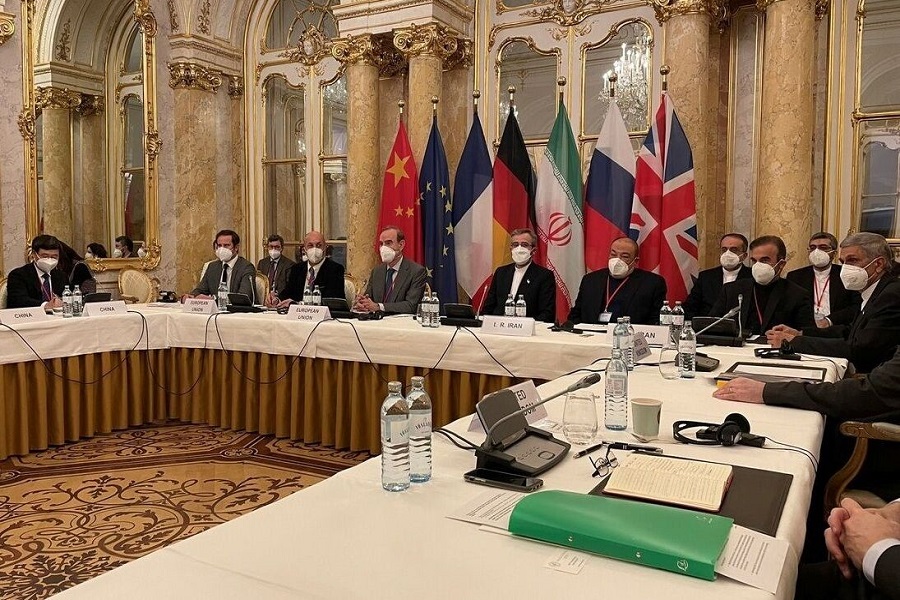 Here is the full text of the statement issued by the Malaysian Consultative Council for Islamic Organization, a copy of which has been recieved by IQNA:

Israel is now showing its clear colonialistic character as a superior state to the US when its PM asked the US to 'immediately halt' Iran nuclear talks.

It is outrageous for the Israeli Prime Minister Naftali Bennett who demanded the United States to cease the talk in the Vienna negotiation.

This alone shows how the US has become a tool to Israel to dictate the Iran nuclear deal.

It looks like Israel is dictating the US on how to deal with Iran even on its sovereignty rights.

The revealed statement said Bennett spoke with US Secretary of State Antony Blinken and told him that Iran was utilizing "nuclear blackmail" as a tactic and therefore the United States should initiate "an immediate cessation of negotiations."

It is Israel that is blackmailing the superpowers especially the US to submit to the Zionist agenda.

Why does the US have to always submit to the directives of Israel? Israel is in full control of the foreign policies of the US and UK relating to Palestine.

It was disclosed by the Prime Minister's Office, Blinken provided Bennett with an update on the talks, which restarted earlier this week.

This is how subservient US is to Israel.

A report by the International Atomic Energy Agency (IAEA) reveals that Iran has recently begun enriching uranium to 20 percent purity with advanced centrifuges at its Fordo facility.

Iran has the sovereign right to the nuclear technology it develops.

It was the US that unilaterally pulled out from the 2015 nuclear deal, known as the Joint Comprehensive Plan of Action (JCPOA). The then US President, Donald Trump, in 2018 withdrew from the pact.

Iran in fact complied with strict limits on its nuclear program in exchange for the lifting of the sanctions.

In the meantime according to Ynet News, Israel's ministerial committee that oversees defence procurement on Sunday approved a deal that will allow the air force to purchase Lockheed Martin's CH-53k helicopters at a cost of $2.4 billion as part of preparations for an anticipated attack on Iran.

Israel is setting a scenario and intimidation to justify an attack.

We are of the opinion that Iran has the right to defend itself from any anticipated attack by foreign powers. Under no reason, the world should allow Israel to provoke a war and to dictate its agenda on the nuclear deal.

The Israeli army has in recent months doubled its preparations for the possibility of carrying out a strike against Iran with more exercises by the Israeli Air Force and more intelligence.

Ironically United States' support for the Israeli nuclear programme is clear and it does not have any qualm against Israel for developing its weaponry arsenal of mass destruction.

How can there be possible to achieve a Middle East free of weapons of mass destruction when the US is practicing a double standard policy in favor of Israel’s nuclear armament.

Until today US remains supportive of not including Israel in the Treaty on the Non-Proliferation of Nuclear Weapons as a non-nuclear member, and for it to accept inspections of its nuclear activities.

This is double standard of the worst kind when US will use all its might to curtail any challenge from any government to go against Israel.

We stand in solidarity with Iran on pursuing its right to proceed with its peaceful nuclear programme.

We condemn Israel's Mossad message to Iran with a warning that the Islamic Republic "will never have nuclear weapons." Meaning only Israel has the sole right to possess a nuclear arsenal. The reason for Mossad's threat is to ensure Israel will have full security in the region.

Israel is hypocritical in its demand for Iran not to build its nuclear weapon, while Israel itself has gone to great lengths to undermine efforts by the major powers to reach an agreement on the nuclear deal.

Since the Vienna talk has failed to conclude with any significant decision, Iran has courageously put forward a proposal to be accepted by the parties of concern. It is obvious Iran is being rightfully objective and reasonable in its argument to negotiate for a de- sanctioning by the US.

We demand that the JCPOA be revived for a just solution in the interest of peace and for the benefit of the people of Iran.

We believe that Iran has been targeted not for anything else but to secure the existence of Israel. The hypocrisy is brazen. The whole deal is more for the interest of Israel while the parties involved know very well how Israel is the only nuclear power in the region.

It is most unfortunate that the international community is blinded by the fact that while Iran needs to de-nuclearized, Israel is given the full right to arm itself with the most modern nuclear weapons at its disposal.