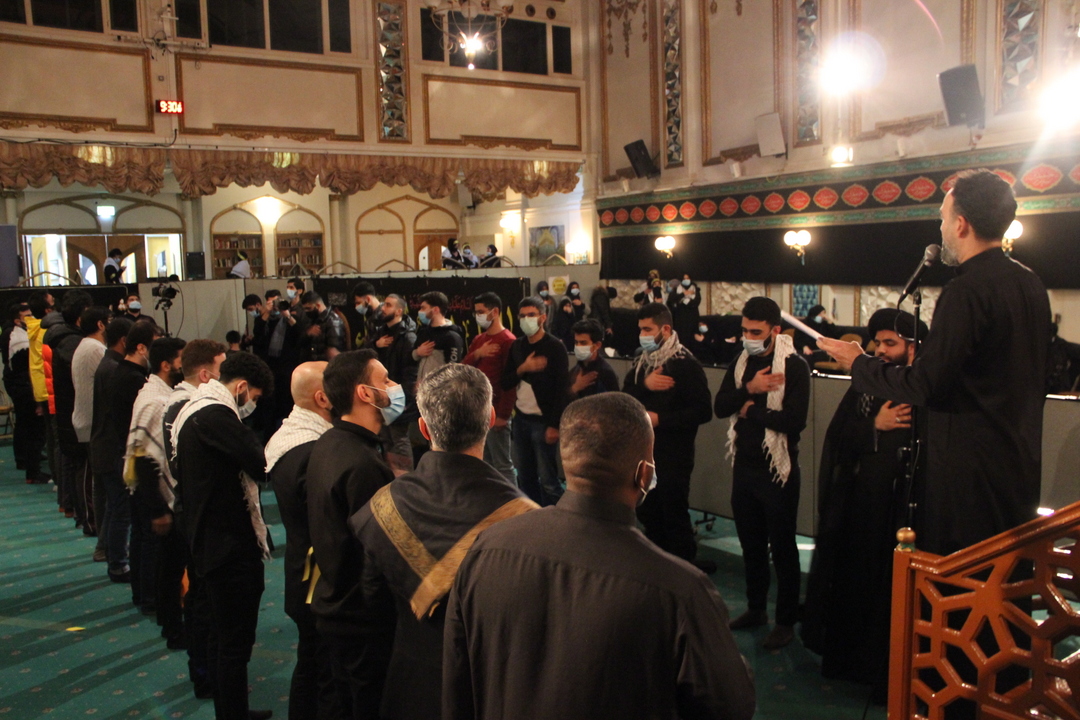 On the first night of the ceremony which started on Wednesday night, December 15 of 2021, HIWM Seyed Haidar Hasanain in his speech explaining the position of the Wilayah said: Prayer, Zakat, Hajj, Fast, and Wilayah [guardianship] are among the basic principles of Islamic commands which affect human life and all aspects of his existence.

He added that Islam is not only based on deeds but also research and study are among the requirements of religion which strengthen the intellect in the believer and certainly will lead to effective results in all aspects of human individual and social life.

In this Majlis, the young people in love with the Ahl al-Bayt of the Prophet of Islam (PBUH) mourned for the daughter of the Holy Prophet of Islam with special enthusiasm. The book fair was also held at the event.

The program begins every night at 8 o’clock with the recitation of the verses of the Holy Quran and after the speech, the mourners of the Ahl al-Bayt (A.S) mourn in decent way.

The Fatimiyyah majaalis were held every year for three nights in the Islamic Centre of England but this year due to the eagerness of youth it was increased to five nights (A.S).

These Majaalis are held with the participation of َAhululbyt Islamic Mission (AIM).