General
News ID: 3477051
TEHRAN (IQNA) – A group of Quran memorizers and qaris entered the Iraqi capital of Baghdad on Wednesday, paying tribute to martyrs Soleimani and Abu Mahdi al-Muhandis at the airport. 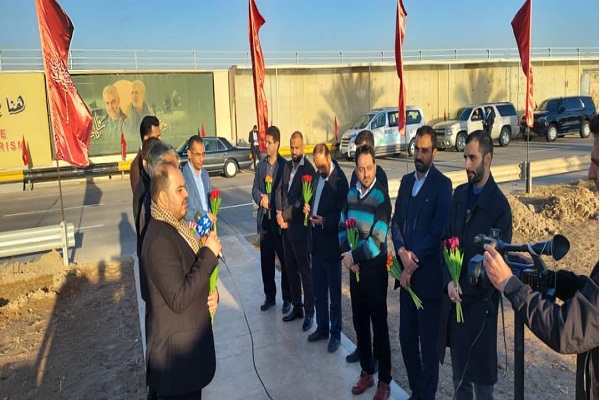 The convoy is scheduled to hold Quranic circles in six Iraqi provinces during the next 10 days on the occasion of the second anniversary of the martyrdom of General Qassem Soleimani.

Shoja Zawidat, a memorizer of the entire Quran and a member of this convoy, told IQNA that as soon as the convoy landed in Baghdad, they went to the special site the martyrdom of the resistance commanders and paid tribute to them.

According to Zawidat, the group is due to hold 90 Quranic circles in Baghdad, Wasit, Maysan, Dhi Qar, Ninawa, and Diyala governorates till the martyrdom anniversary of General Soleimani on January 3. 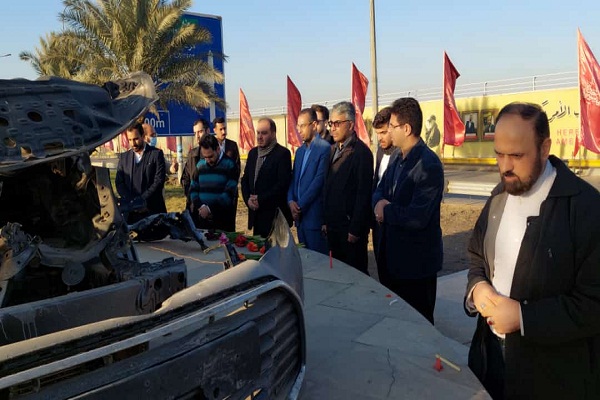 The Quranic circles are titled “Ten dawn of the Quran” and each reciter will attend 10 sessions during the stage.