Culture
News ID: 3477182
TEHRAN (IQNA) – The president of Al-Mustafa International University said development of virtual education is one of the aspects of educational development on the university’s agenda. 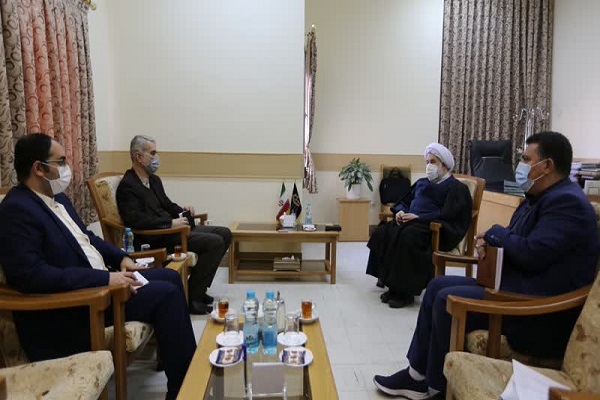 Investment in this area will bring great achievements, Hojat-ol-Islam Ali Abbasi said during a meeting with the new Iranian ambassador to Ivory Coast, Amir Hossein Nikbin.

The cleric said Al-Mustafa University is hosting tens of thousands of students willing to study religious and Islamic sciences.

It is a recognized member of regional and international academic associations and its academic degrees are issued by Iran’s Ministry of Science, Research and Technology, he noted.

Hojat-ol-Islam Abbasi said the university offers courses in more than 160 fields at different levels, adding that it has students from 135 nationalities.

All of the university’s students pass courses in the Persian language and development of the language is one of the precious services provided by Al-Mustafa University, he went on to say.

The envoy to Ivory Coast, for his part, said the Iranian embassy in the West African country is ready to develop cooperation with the university with all its capacities.

It is a scholarly and educational institution that like other such institutions strives to develop thought and help the society and humanity.