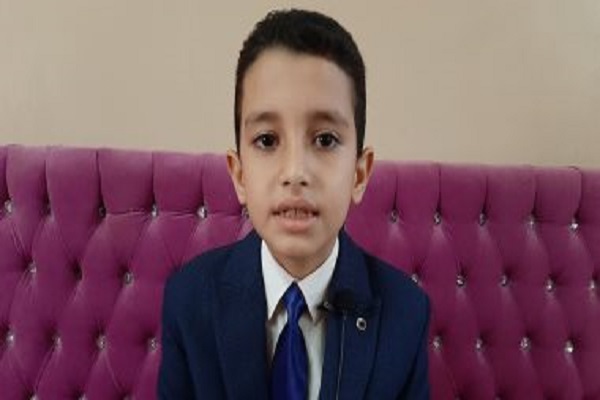 The union said Ahmed Tamer Mamduh Mohamed has been admitted to the union as an honorary member due to his achievement in memorization of the Quran, Youm7.com website reported.

It said the move came at the recommendation of Awqaf Minister Mohamed Mokhtar Gomaa.

The union wished the boy further success in life and in Quranic fields.

Ahmed began learning the Quran by heart at the age of three with the help of his parents and other family members.

He memorized the entire Quran at the age of five and a half and then started learning Quran recitation and the rules of Lahn and Tajweed.

Quranic activities are very common in the Muslim-majority Arab country and many of the Muslim world’s top qaris in the past and present have been Egyptian.