General
News ID: 3477260
TEHRAN (IQNA) – Syria’s President Bashar al-Assad lauded Lt. General Qassem Soleimani for foiling the US strategy to sow discord in the region, saying the enemies were aware of the senior commander’s threat to their criminal projects. 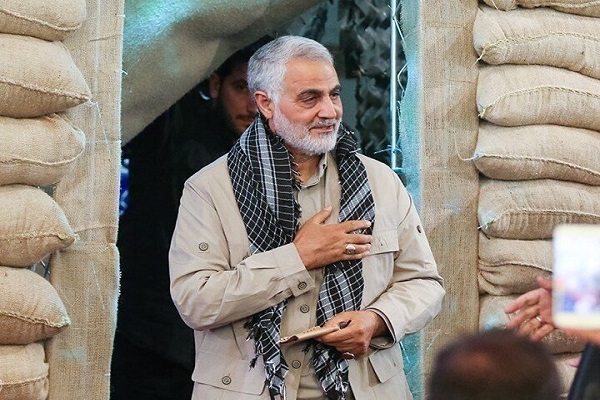 Assad's remarks came in a message, which was read out by his media advisor, Buthaina Shaaban, at a ceremony held in the Syrian capital, Damascus, to commemorate the 2nd anniversary of the assassination of General Soleimani, the former commander of the Islamic Revolution Guards Corps (IRGC)’s Quds Force, and his companions in a US drone strike outside Baghdad International Airport.

“During every mission, Martyr Soleimani endeavored to destroy the pillars of the American strategy to sow discord and foment sedition” in the region, read the message.

In the message, Assad noted that General Soleimani threatened the "interests of Washington and its allies in the region,” adding that enemies were aware of General Soleimani’s threat to their criminal projects.

“Martyr Soleimani and Abu Mahdi al-Muhandis were the cornerstone of confronting the enemies," the Syrian president said, stressing that the enemies were afraid of Soleimani turning into a model in the region and across the world.

Emphasizing that the United States committed a crime that indicated its fear of the spread of General Soleimani's model, Assad said, "We must remain loyal to Soleimani's approach and work to strengthen cooperation between Syria and Iran."

General Soleimani and his Iraqi comrade Abu Mahdi al-Muhandis, the second-in-command of Iraq’s Popular Mobilization Units (PMU), were martyred along with their companions in a US drone strike authorized by ex-President Donald Trump near Baghdad International Airport on January 3, 2020.

Both commanders were highly revered across the Middle East because of their key role in fighting the Daesh Takfiri terrorist group in the region, particularly in Iraq and Syria.

Five days after the heinous crime, in a military operation codenamed Operation Martyr Soleimani, the IRGC launched a volley of ballistic missiles at the Ain al-Asad airbase in Iraq’s western province of Anbar.

Iran said missile strike was only a “first slap” in its process of taking “hard revenge” and that it would not rest under the US military leaves the Middle East in disgrace.