US Continuing Miscalculations about Iran: Leader 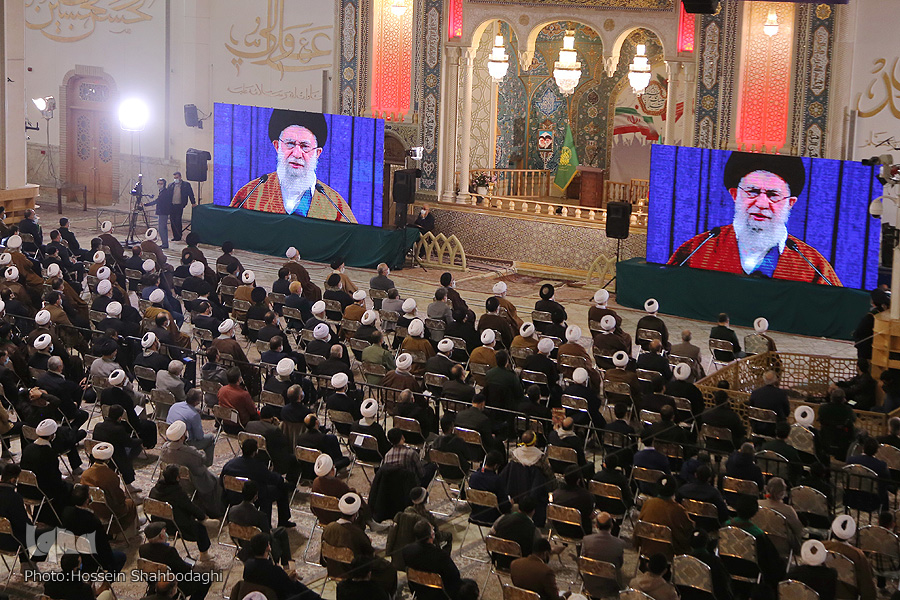 On Sunday morning, January 9, 2022, the Leader of the Islamic Revolution delivered a live, televised speech on the anniversary of the people of Qom’s uprising against the oppressive Pahlavi regime, which was conducted on January 9, 1977.

The US’s deep hostility and spite toward Iran stems from the Iranian people’s revolutionary, religious viewpoint on the current issues of the world, he said, adding, that is why the US, the leading Arrogant Power, opposes the Islamic Republic of Iran.

“The US system of calculation is defective. It cannot fathom the truths about Iran. When their calculation of the existing situation is wrong, their decisions are wrong too. This is why they have been unsuccessful so far and they will continue to be unsuccessful, God willing,” he added.

Enormous, amazing funerals were held for Martyr Soleimani in various cities of Iran and Iraq, and God blessed these. If they were to hold funerals for him in Syria, Lebanon and Pakistan, they would have been just as enormous, noted the Leader elsewhere in his remarks.

“In the enemy’s thinking, the martyrdom of General Soleimani was supposed to be a threat to us. However, the Muslim Iranian nation turned this threat into an opportunity. Not only was the Resistance Movement not extinguished, it has also increased as you can see.”

Religious zeal based on reason turns threats into opportunities. An example of this is the war imposed by Saddam on Iran. The US, USSR, NATO, etc. united in this international war to defeat Iran, but the people’s zeal that is based on faith defeated all of them, added Ayatollah Khamenei.