General
News ID: 3477302
TEHRAN (IQNA) – Six militants from the Daesh (ISIL or ISIS) terrorist group were killed by Pakistani counterterrorism police in an overnight raid at a hideout in the southwestern city of Quetta. 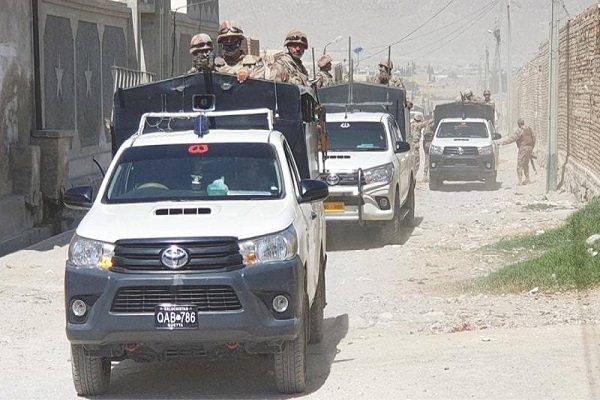 A police statement issued Sunday said the raid was carried out in the provincial capital’s Manzoor Shaheed precinct area. It said the raid was based on strong intelligence the militants were preparing to stage an attack in the city.

The militants opened fire when the police arrived and lobbed grenades. The ensuing exchange of fire continued for well over an hour and six militants were killed, the statement said. Some managed to escape in the dark and they were being sought, it said.

One of the dead militants was identified as Asghar Sumalani, who had a bounty on his head. The counterterrorism police provided no further details.

Pakistani authorities have denied any organized presence of the Daesh terror group in the country but the group strikes sporadically in southwestern Baluchistan and northwestern Khyber Pakhtunkhwa provinces, both on the border with Afghanistan.