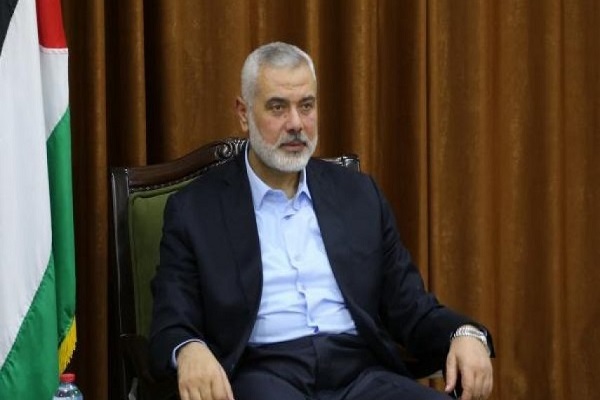 After the meeting, Ismail Haniyeh told Al-Alam news network that he and Iran’s top diplomat talked about the latest developments in Palestine.

They also discussed the role of the Islamic Republic of Iran in supporting the issue of Palestine and the Palestinian nation, according to Haniyeh.

Describing the ties between Iran and the resistance forces as strong, he said the two exchanged views on ways to further enhance the relations.

He also stressed the need for the Muslim and Arab world and the international community to adopt a decisive stance against the Israeli regime’s violations.

Elsewhere in his remarks, the Hamas chief referred to the struggle of the Palestinians held in Israeli jails and said hunger-striking Palestinian prisoners demonstrated another victory against the Zionist enemy.

Haniyeh added that Hamas is ready to take any risk to end the suffering of Palestinian prisoners.