General
News ID: 3477413
TEHRAN (IQNA) – Muslim groups in the United States have slammed hostage-taking incident at a synagogue in Texas. 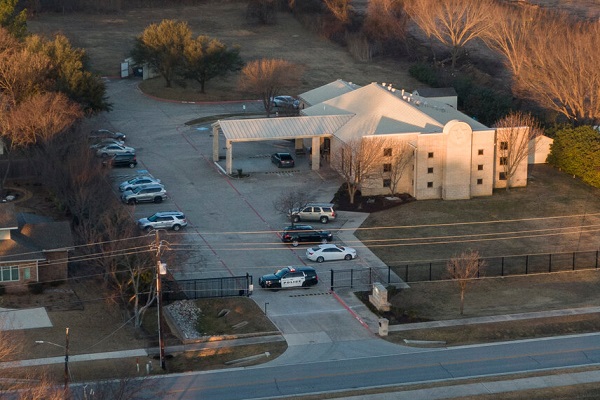 The Council on American-Islamic Relations (CAIR), the nation’s largest Muslim civil rights and advocacy organisation, denounced the incident on Sunday.

"This latest antisemitic attack at a house of worship is an unacceptable act of evil. We stand in solidarity with the Jewish community," CAIR National Deputy Director Edward Ahmed Mitchell said in a statement on Sunday.

Meanwhile, the US Council of Muslim Organizations said it stands in complete solidarity against antisemitism with the Jewish community and "condemns the evil, unjust, and unjustifiable hostage-taking of members of the Congregation Beth Israel synagogue."

"This heinous attack on a synagogue, a sacred and inviolable place of worship – and its congregants in the act of prayer – is utterly unacceptable," said Council Secretary-General Oussama Jammal.

Four people including a rabbi were held by a gunman who entered the Congregation Beth Israel synagogue in Colleyville during a religious service. After hours of standoff with law enforcement, all hostages were freed and the captor was dead, police said.

Matthew DeSarno, special agent in charge of the FBI's Dallas Field Office, said the captor acted alone with no other involved in the hostage-taking.