Intl. Conf. on ME Regional Order to be Staged in May

Culture
News ID: 3477497
TEHRAN (IQNA) – The First Biennial International Conference on “Regional Order and Social Structure in the Middle East: from Theory to Practice” will be held in May in Tehran, Iran. 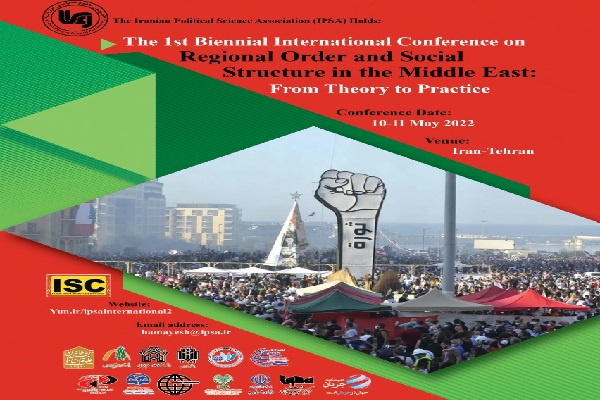 According to the official website of the event, the emergence of a pervasive wave of the Arab Spring in the first half of the previous decade can be known as the starting point for transformations in the region’s social structure in general and the four dimensions of the regional order, in particular. At the complex level of state-society, the Middle East witnessed the collapse of the previous Social Contract. The experts have emphasized the need to establish a new social contract in the modern Middle East within the same context. At the level of transnational identity, however, the Middle East has witnessed two seemingly coherent but controversial processes: On the one hand, the rise and fall of the Islamic State of Iraq and the Levant (ISIL) in the previous decade manifested the role of a new form of transnational Islamic identity. On the other hand, the U.S. inability to defeat the Taliban over the last two decades prepared a fertile ground for the formation of Doha peace negotiations between the Taliban and the U.S and the implicit acceptance of this group. At the regional level, with the changes in the position of actors of the international relations in the post-uprisings Middle East, the rivalries between the protagonists (Iran, Turkey and Saudi Arabia) has entered a new stage, so that all the actors are seeking to turn into the main power and hegemon of the Middle East. Finally, at the international level, with the increase in the influence and dominance of regional actors, the Middle East is witnessing a decrease in the roles of international actors. The reasons behind this claim are the passive roles played by the U.S. and other significant global powers in these unrests and the Middle East after those events.

Due to the amount and range of these transformations, the International Relations Committee at the Iranian Political Science Association (IPSA) plans to hold an international conference on this topic in May 2022 with the presence of renowned national, regional and international experts.

The conference objectives can be divided into theoretical purposes and practical ones. From a theoretical perspective, the conference aims to provide acquaintance with the scientific capacities of the academic and research centers in the Middle East in the area of International Relations and to transfer the Iranian international-relations attitudes and perspectives to the neighbors. From a practical viewpoint, the conference seeks to gain more awareness of the various aspects of the contemporary Middle East order through promoting Iranian national interests in the region amid the existing unstable conditions. 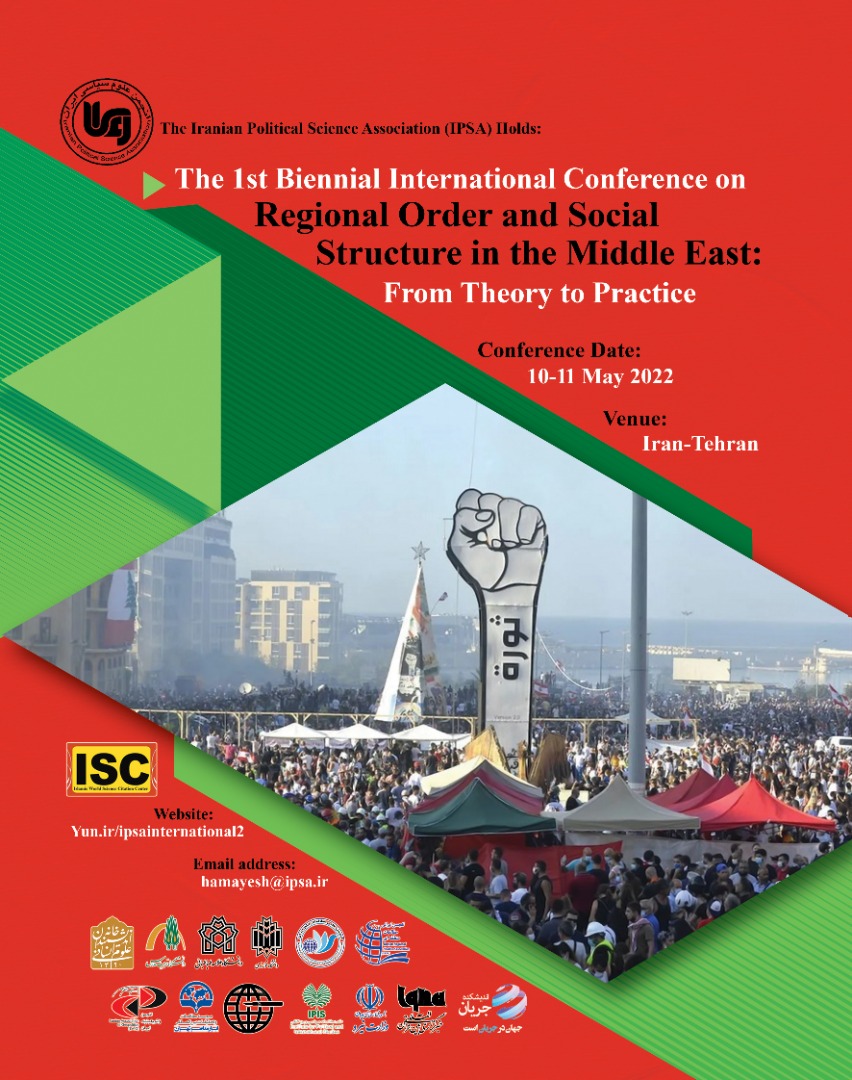 Position of the Middle East in the International Relations Theory

The absence of lack of cooperation between active scientific centers in the region, in the area of International Relations

Redefining the Relations between the Middle Eastern States and Citizens

The need to form a new social contract

The relations between the modern state and the existing governance models

The position of different social classes in the ruling political systems

The New Role of Transnational Islamic Identity in the Middle East

The roles of Islamic identity and national identity

Intensification of sectarianism in the light of regional developments

The movement of power in international relations across the region

Actors’ security concerns in the wake of the wave of unrests

Role and Status of Transregional Actors in the Middle East

Dependence of some regional actors on external powers

The need for multilateralism in the roles played by external powers

Reasons for the decline in the U.S. role in relations of the region

Resistance Front and the international actors’ antagonistic stance towards it

Impact of the Covid19 pandemic on the actors’ political economy

The U.S.-China confrontation in the international political economy of the Middle East

February 14, 2022, has been set as the deadline for submitting abstracts while papers can be submitted by April 9. The Conference will be held on May 10 and 11.