General
News ID: 3477850
TEHRAN (IQNA) – The enemies are using sanctions and economic pressures to create divisions among different walks of life in Yemen, and pit people against each other, the leader of the popular Ansarullah resistance movement said. 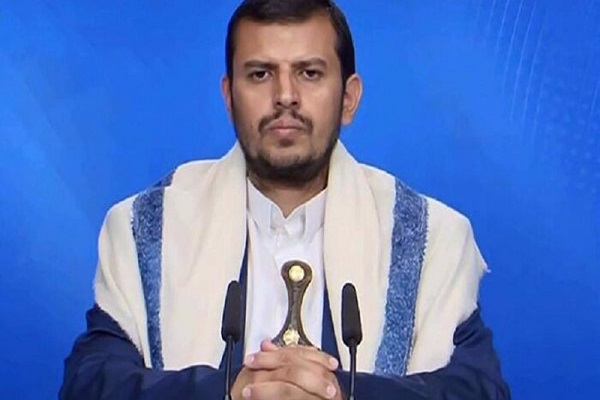 “The ongoing onslaught in Yemen is an all-out campaign. Enemies are employing a wide array of measures, including sanctions and embargoes, divisive policies as well as tension-making practices to achieve their objectives,” Abdul-Malik al-Houthi said at a ceremony in the capital Sana’a on Thursday evening as he received a group of tribal leaders from the Harib district of the central Yemeni province of Ma’rib.

“We are calling on our Yemeni brethren to cooperate with the entire Yemeni nation,” Houthi said as he urged local authorities in Harib district to provide necessary services for local residents.

Earlier this week, the Ansarullah chief warned against the establishment of alliances with the United States and Israel, stating that such moves constitute the most significant threat to the Muslim world.

“The most serious hazard to Muslim nations is association with their implacable and bitter enemies, namely the United States and Israel,” Houthi said at a ceremony on Monday evening.

He said the enemies are trying to target the Muslim Ummah (community) from within, adding that Saudi Arabia and the United Arab Emirates (UAE) are playing the leading role in pursuit of the foes’ goals.

Saudi Arabia and a number of its regional allies, backed by the United States and European powers, launched the war on Yemen in March 2015, with the goal of bringing Hadi’s government back to power and crushing Ansarullah resistance movement.

The war has left hundreds of thousands of Yemenis dead and displaced millions more. It has also destroyed Yemen’s infrastructure and spread famine and infectious diseases there.

Despite Saudi Arabia’s incessant bombardment of the impoverished country, the Yemeni armed forces have gradually grown stronger, leaving Riyadh and its allies, most notably the United Arab Emirates, bogged down in the country.