General
News ID: 3478901
TEHRAN (IQNA) – A Malaysian organization has strongly condemned the murder of Palestinian journalist Shireen Abu Akleh by Israeli forces, noting that these “killings and extrajudicial murders are the operating system of the apartheid state”. 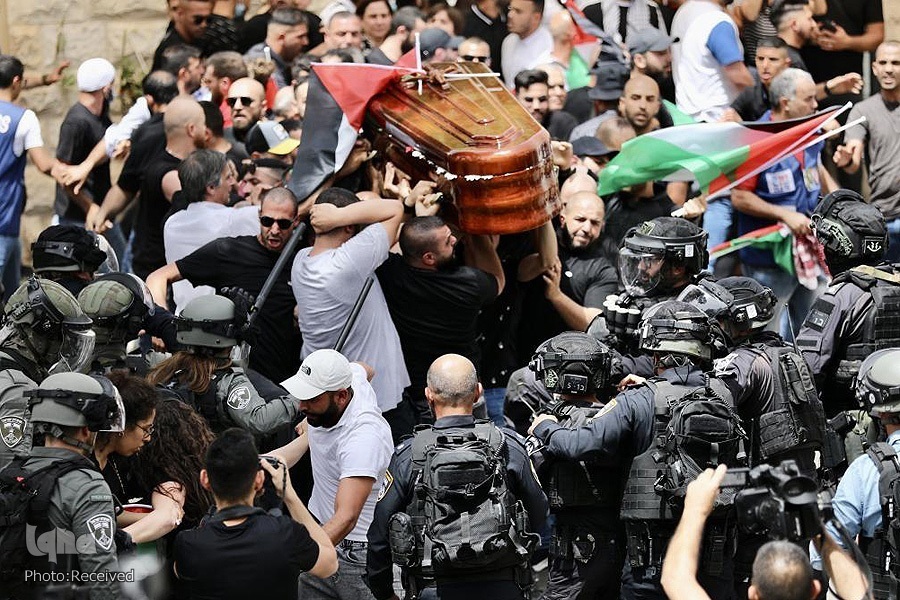 In a statement on Saturday, the Malaysia Consultative Council of Islamic Organizations vehemently condemned the Zionist regime’s crimes.

Here is the full text of the statement:

Condemnations reverberate today on the attack by Israel occupying forcers on mourners of Shireen Abu Aqleh in her journey to be buried at the Christian cemetery in Baitul Maqdis.

We express our solidarity with all journalists covering the abuses of the Israeli occupation forces as events unfold in the occupied territories of Palestine.

We remember the many series of cold-blooded murders from the Israel gunfire on 12-year-old Muhammad al-Dura in 2000 and Rachel Corrie who was crushed by an Israeli bulldozer in 2003.

There are many more reported stories of Israel's brutal killings of children, youth, and unarmed women either by snipers, gunfire, or air raids and bombs. Israel's bloodthirsty regime differentiates no one when it comes to targeting Palestinians: Muslims or Christian, civilians or journalists, children or adults.

Muhammad Al-Dura was killed in 2000 by the Israeli troops in Gaza. The scene has become the iconic photo that depicted the inhuman barbarism of Israel.

In 2003, Rachel Corrie, 23 years old, an American activist was crushed to death by a bulldozer by the Israeli operator to demolish a Palestinian home in Gaza. No US official attended her funeral.

The series of cold-blooded murders can be tracked in the record of Israel's attacks, raids, and bombing on Palestinians.

The persistent murder operation by Israel is proven evidence of its systemic annihilation of any individual who speaks out against the Tel Aviv regime. Abu Akleh became the second US citizen to be killed by Israeli forces this year, after 78-year-old Omar Assad died after being detained in the West Bank in January.

Today's scene of barbarity by the Israeli occupying forces in the brutal storming of the procession of the coffin of the slain Shireen is a clear inhuman trait of Israel. Beating mourners has never been seen anywhere in the world, meaning Israel's murderous troops will not give a damn about even a dead body being brought to the cemetery. It was to demonstrate to the world it can do whatever it wants to warn any resistance that they will face the harsh consequences.

State-supported terrorism is Israel's character. Killings and extrajudicial murders are the operating system of the apartheid state.

The US is again displaying its utter hypocrisy when Biden only reacted in a very muted stance that an investigation is needed. He and the oval house have never mentioned Israel as the clear culprit.

We question the US for calling Israel to run an investigation when it is clear Israel cannot be the trusted investigator.

The US cannot even be a neutral and objective observer. US persistent policy of supporting Israel would render it to be involved indirectly with every act of violence by Israel.

It is therefore only right to demand that the US review its unconditional support for Israel involving billions in annual US aid.

The US should not continue its hypocrisy and double standard when it comes to dealing with Israel's abuses.

The US has been empowering and enabling the Israeli government to act with impunity and carry out these human rights abuses.