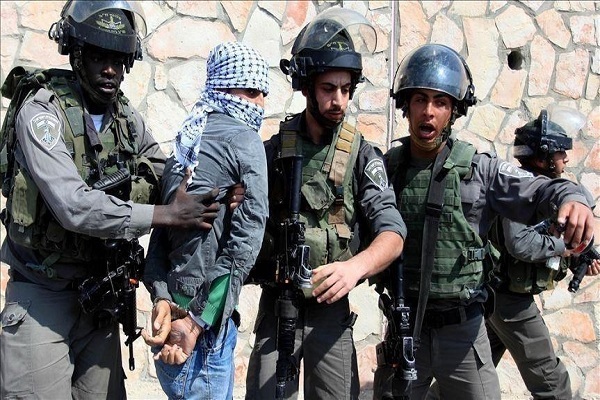 They said that Israeli forces detained two Palestinians from the southern West Bank district of Hebron.

In Bethlehem district, Israeli troops detained another at his house, and two others at Harmala village, east of Bethlehem city, after breaking into and searching the houses of their families.

In the northern West Bank, the sources confirmed a raid into Rafat town, west of Salfit, resulting in the detention of another.

In Nablus district, soldiers detained another from Tell village, southwest of Nablus city.

In Jenin district, a large military force stormed Jenin refugee camp, forcibly entered a house and ransacked it before detaining one person.

They also raided al-Yamoun town, west of Jenin city, and detained another.

On Tuesday evening, Israeli forces also rounded up 12 others the West Bank and East Jerusalem.

Two others, identified as residents of Husan town, west of Bethlehem, were detained at the eastern entrance of the town, as confirmed by the head of the village council, Mohammad Sabatin.

Meanwhile, a woman from Qabatiya town, south of Jenin, was detained while visiting her son, who is imprisoned in Megiddo prison.

Israeli police also arrested one person from the vicinity of Damascus Gate in Jerusalem Al-Quds.