Culture
News ID: 3478903
TEHRAN (IQNA) – A scholarly forum is planned to be held in the Russian capital of Moscow on Islamic and Iranian calligraphy. 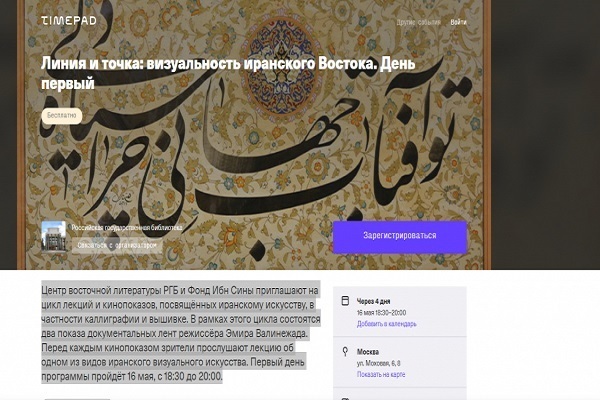 Slated for May 16-17, it will be organized with the cooperation and support of the Ibn Sina Islamic Culture Research Foundation and the Russian State Library in Moscow.

A number of Iranian and Russian scholars and researchers will address the forum.

They include Hamid Reza Qelichkhani who will talks about contemporary calligraphy of Iran, and Russian scholar Vera Miasia.

Two documentary films will also be screened at the event, according to organizers.

The Ibn Sina Foundation is an active Islamic Center in the Russian Federation.

Its main task, according to its officials, is providing support for Russian Islamic studies and spreading information about Islamic culture.

It is also active in translating and publishing books in the fields of Islamic civilization, history and art, Quranic studies, Iranian studies, etc, in the Russian language.