Culture
News ID: 3479589
TEHRAN (IQNA) – There are two reasons mentioned in the Quran that prove God has no children. Mufasirs (Quran interpreters) say these reasons are in verse 117 of Surah Al-Baqarah. 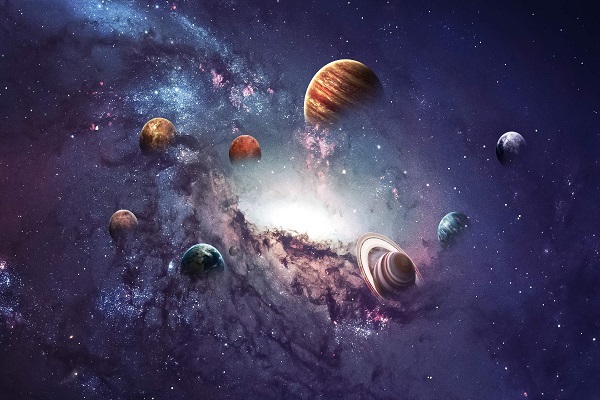 The power of God and how He uses it are among the issues religious people pay attention to and how they view it shapes their other beliefs. The creation of heavens and earth is described in relation to this attribute of God. Verse 117 of Surah Al-Baqarah says: “God is the creator of the heavens and the earth. Whenever He decides to do anything, He just commands it to exist and it comes into existence.”

Allameh Tabatabaei, in his Al-Mizan Exegesis of the Holy Quran, has deduced from this verse two reasons why God has no children. The first is that having a child is possible when a natural being separates parts of its being and after gradual development makes it like itself. God is not physical and whatever there is in heavens and earth are dependent on Him. So how can anything or anyone be His child and have His attributes?

The second reason, based on this verse, is that God is creator of heavens and earth. He creates everything without having a model. What He does is not based on imitation and is not gradual like what others do. He needs no means to do what He wills to do. As soon as He says “Be”, that thing comes into existence. So we cannot say He has children because having children requires gradual development.

God’s will is based on Hikma (wisdom) and for something to come to existence only God’s will is required and there is no other condition needed.

According to the Noor Interpretation of the Quran, this verse has two messages:

2- God can create all the existence in just one second though His Hikma necessitates that there should be series of causes and gradual creation.

1
LIKE
Error Report
Related News
Quran Views Moderation as Key to Reform
Curbing Anger A Sign of People of Faith
Event of Mubahala; Quran’s Insistence on Dialogue
Quranic Teachings about Wealth, Removing Poverty
Quran Paving Ground for Dialogue
Ghadir; A Message as Important as Prophet’s Mission
Manners of Praying
Holy Kaaba First Place of Worship in History
Quran Categorically Rejects Racism
Significance of Ayatul Kursi
Quranic Criteria of Righteousness
How to Disarm Satan?
How Satan Affects Man’s Path of Growth
Do You Know Your Enemy?
Quran Lays Great Emphasis on Honoring, Respecting Parents
No Way for Disbelievers against Believers
God’s Definite Promise to Answer Prayer
Meeting with God; The End to Sufferings of Life
How Does Quran Offer Guidance?
Having Patience in Face of Difficulties
God Knew What Angels Didn’t
When Unbelievers Turn to God
Tags: God ، Quran ، What Quran Says ، children ، creation ، power of God ، will of God
Your Comment