Culture
News ID: 3479520
TEHRAN (IQNA) – The two principles that men and women are equal in essence and that there are differences in human qualities but they do not signify superiority are clearly mentioned in a verse in Surah Al-Hujurat of the Holy Quran. 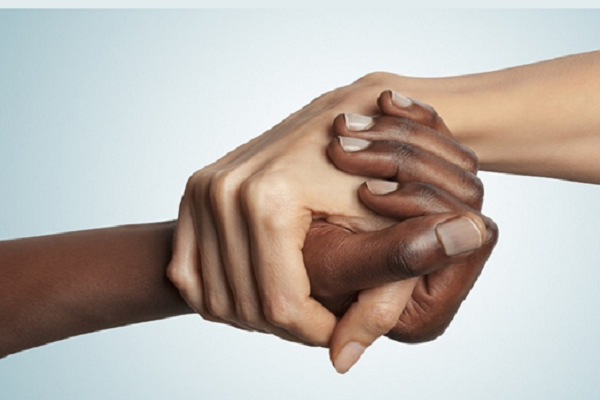 Differences among humans from various races and ethnicities are natural but problems arise when these differences are considered as criteria for considering some people valued and others valueless.

This wrong attitude, one example of which is racism, has been the origin of many wars and conflicts. The Holy Quran rejects valuing people based on natural differences among the, and mentions a clear criterion for people’s value and worth.

“People, We have created you from a male and a female, and made you into nations and tribes that you might know one another. The noblest of you before Allah is the most righteous (those who have Taqwa) of you. Allah is the Knower, the Aware.” (Surah Al-Hujurat, verse 13)

This verse points out three important principles: equality in creation of men and women, differences in human qualities and that Taqwa (God-fearing) is the criterion for nobility and worth. Some other verses of the Quran mention other criteria such as knowledge, integrity and honesty, Hijra, etc, as well.

The author of Nemooneh Exegesis of the Holy Quran writes about this verse:

What the verse means by creation of mankind from a male and a female is that all humans can trace ancestry back to Adam and Eve. So when we are from the same root, there is no point in being proud of a certain race or ethnicity. God has created qualities for different races and ethnicities in order to maintain social order for people, because difference help people known one another.

It is interesting that these very differences are the causes of moving forward and formation of social interaction and that without them, society would fall into inaction and stagnation.

Some of the messages of this verse, according to the Noor Exegesis of the Quran, are as follows:

1- Being a man or a woman or being from a certain tribe or race is no criterion for being proud of oneself, because these are what God has done. (We have created… (We) have made you into nations…)

2- Differences seen in people’s looks and races are due to Hikma (wisdom) and meant to help people know one another not for showing off. (… that you might know one another)

3- Being popular among people is temporary and what matters is being favored by God. (The noblest of you before Allah)

4- The Holy Quran rejects all racial, economic, intellectual, cultural, social, military, tribal, and political discriminations and considers Taqwa as the only source of virtue and nobility. (The noblest of you before Allah is the most righteous (those who have Taqwa) of you)

5- Seeking superiority is in humans’ Fitra (nature) and Islam considers Taqwa as the way to reach this Fitri (natural) desire. (The noblest of you before Allah is the most righteous (those who have Taqwa) of you)

6- We should not just pretend to have Taqwa because God knows everything and everyone. (Allah is the Knower, the Aware)

1
LIKE
Error Report
Related News
Quran Views Moderation as Key to Reform
Curbing Anger A Sign of People of Faith
Event of Mubahala; Quran’s Insistence on Dialogue
Quranic Teachings about Wealth, Removing Poverty
Quran Paving Ground for Dialogue
Ghadir; A Message as Important as Prophet’s Mission
God Has No Children And Here Is Why
Those Who Build and Those Who Destroy Mosques
Holy Kaaba First Place of Worship in History
Significance of Ayatul Kursi
Quranic Criteria of Righteousness
How to Disarm Satan?
How Satan Affects Man’s Path of Growth
Do You Know Your Enemy?
Quran Lays Great Emphasis on Honoring, Respecting Parents
No Way for Disbelievers against Believers
God’s Definite Promise to Answer Prayer
Meeting with God; The End to Sufferings of Life
How Does Quran Offer Guidance?
Tags: God ، Quran ، Surah Al-Hujurat ، racism ، differences ، unity
Your Comment