General
News ID: 3479998
TEHRAN (IQNA) – A comprehensive plan has been devised and is being implemented to ensure the security of pilgrims visiting holy sites in Iraq in the lunar Hijri month of Muharram. 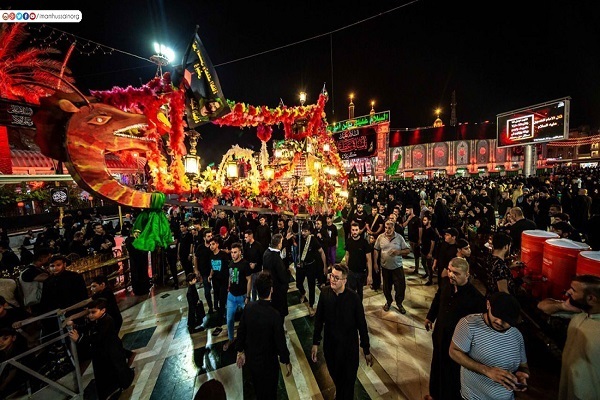 This was announced by the Iraqi interior ministry’s spokesman, saying that the Muharram mourning rituals are international events as they are attended by millions of pilgrims from different counters.

Khaled al-Muhanna added that security apparatuses in Iraq have drawn a specific plan for protecting security and facilitating pilgrimage.

He noted that the Karbala Governorate in the south of the country sees the highest number of pilgrims in Muharram but other religious cities and towns like Kadhimiya also receive many pilgrims.

The security forces are capable of ensuring maximum security for the pilgrims, he reiterated.

Muhanna also described serving those visiting the holy shrine of Imam Hussein (AS) as a great honor.

Elsewhere in his remarks, the spokesman said Iraqi officials have held numerous talks with their Iranian counterparts in recent months to coordinate efforts to facilitate trips by Iranian pilgrims to Iraqi holy sites.

Muharram, which began on July 30, is the first month in the lunar Hijri calendar.

A large number of pilgrims, including many from Iraq, travel to Karbala to attend the mourning rituals.

The third Shia Imam (AS) and a small group of his followers and family members were martyred by the tyrant of his time - Yazid Bin Muawiya, in the battle of Karbala on the tenth day of Muharram (known as Ashura) in the year 680 AD.