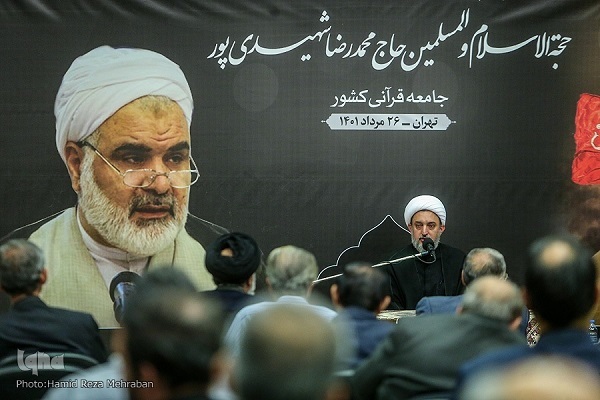 It was organized by the country’s Quranic community and attended by a large number of scholars, Quran activists, qaris, memorizers and Quranic managers.

The program began with recitation of Quran by Hadi Movahed Amin and included recitations by other top qaris like Ahmad Abolqassemi and Mehdi Foroughi.

He said Hojat-ol-Islam Shahidipour was active not only in teaching the Quran but also in Quranic research and promotion of the Holy Book’s teachings.

He was also keen to learn from anyone he could throughout his life, Hojat-ol-Islam Hajabolqassem noted.

On the sidelines of the ceremony, head of the Supreme Quran Council Seyed Ali Moqaddam conveyed Leader of the Islamic Revolution Ayatollah Seyed Ali Khamenei’s message of condolences to the family of Hojat-ol-Islam Shahidipour.

Hojat-ol-Islam died in a hospital in Qom on Monday after a long illness.

He was a researcher and school in Quranic fields and an expert in Quran recitation and Tajweed.

Shahidipour wrote a number of books on teaching Quran recitation and principles and rules of Tajweed.

In a message on Tuesday, Iranian President Ebrahim Raeisi described the scholar as a Quranic figure who spent his life in getting closer to the Word of God and doing research and writing books about the Quran.

As well as training many students, Hojat-ol-Islam Shahidipour had precious works in the field of Quranic education and promoting the Quranic culture, the president added. 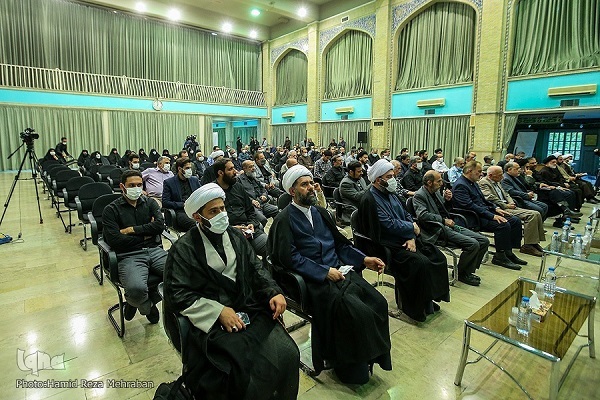 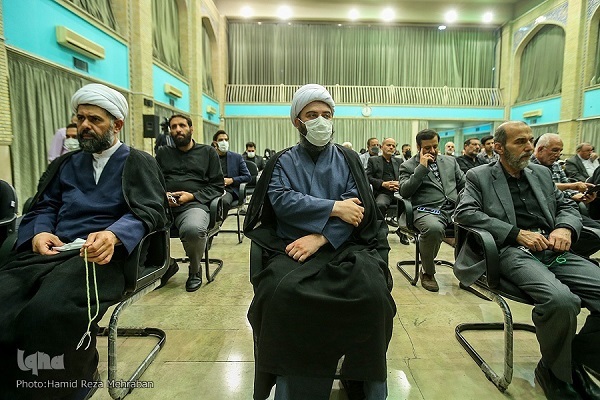