General
News ID: 3480153
TEHRAN (IQNA) – A senior Pakistani diplomat has slammed India’s efforts to portray the ligitimate right of Kashmiri’s struggle for freedom as a form of terrorism. 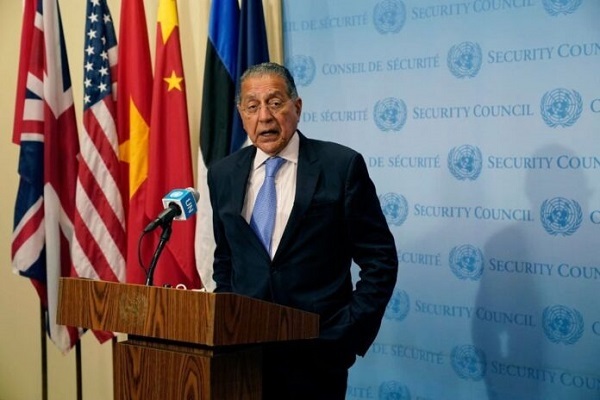 Pakistan has told the United Nations Security Council that India was suppressing the Kashmiris’ struggle for freedom, as no effort has been made to distinguish terrorism from the pursuit of peoples’ legitimate right to self-determination and national liberation.

“This right (to self-determination) is inherent and it was promised to the Kashmiri people by the Security Council,” Ambassador Munir Akram said in a written response to a speech made by the India’s UN envoy on Aug 9 during the 15-member body’s debate on “Threats to International Peace and Security caused by terrorist acts.”

Ruchira Kamboj, the Indian envoy, had made oft-repeated allegations that Pakistan — without naming it — was aiding some terrorist groups, and she also expressed surprise that the UN counter-terrorism report does not take notice of the activities of several proscribed groups, especially those repeatedly targeting India.

Rejecting Indian insinuations, Ambassador Akram reiterated his government’s strong condemnation of terrorism in “all forms and manifestations”, saying that Pakistan was a principal victim of terrorism and continued to suffer attacks from ISIL-K-affiliated terrorist groups like the TTP (Tehreek-e-Taliban Pakistan) and JuA (Jamaat-ul-Ahrar) emanating from across the Pakistani borders, “often sponsored and financed by our regional adversary.”