General
News ID: 3478973
TEHRAN (IQNA) – A court in India has convicted Yasin Malik, a top Kashmiri leader, of terrorism which can lead to the maximum sentence of life imprisonment or the death penalty. 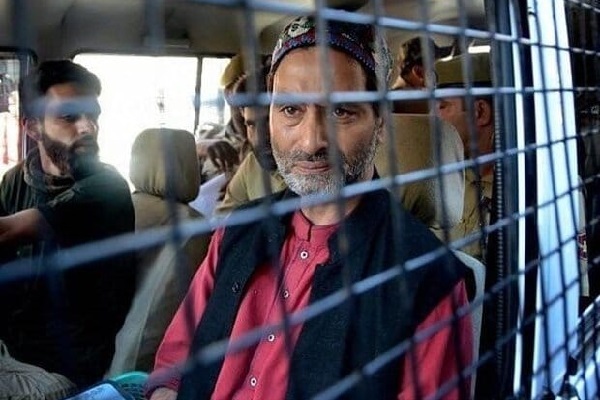 The founder of the Jammu and Kashmir Liberation Front (JKLF) has been accused of illegally raising funds, engaging in terrorist acts, and acting as a member of a terrorist organization.

The court on Thursday set May 25 for hearing arguments from both sides, according to IQNA's reported in Kashmir.

Malik protested the charges during the trial, highlighting that he was a freedom fighter.

“Terrorism-related charges leveled against me are concocted, fabricated, and politically motivated,” he was quoted as saying by the JKLF.

“If seeking freedom is a crime, then I am ready to accept this crime and its consequences,” Malik added.

Malik was arrested in 2019 after the Indian government banned the JKLF and stripped the special status of Kashmir. He has since been kept in Tihar jail.

As one of the first armed rebel groups in the region, the JKLF backed a united and independent Kashmir.

Kashmir has been split between India and Pakistan since their partition in 1947. Both countries claim all of Kashmir and have fought at least three wars over the territory.

New Delhi accuses Islamabad of supporting pro-independence fighters, an allegation rejected by the Pakistani government. Islamabad, in turn, is critical of India’s heavy military deployment to Kashmir and its crackdown on the region’s Muslim population.