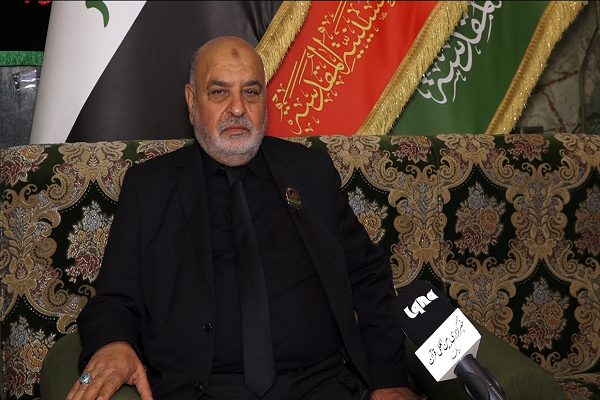 Speaking to IQNA, Hajj Fadhil Iwaz, head of the Astan’s security and services department, said in Iraq, resorting to the teachings of Imam Hussein (AS) has played a major role in defeating the enemies, like the Daesh (ISIL or ISIS) terrorist group.

He said it was the Ashura uprising that served as a model for Iraqi youths and devotees of Imam Hussein (AS) to deal blows to the enemy and liberate thousands of square kilometers of lands.

The fact is that all of the world had been united against the Iraqi nation but they failed in their plots, he added.

Iwaz also hailed the role of the Islamic Republic of Iran in helping Iraq defeat the terrorist group and defend its sanctities.

He specifically highlighted the important role played by Iranian commander Lt. General Qassem Soleimani and his Iraqi comrade Abu Mahdi Al-Muhandis, who were assassinated by the US regime in January 2020.

They displayed to the world how the companions of Imam Hussein (AS) are like, the official stated.

Elsewhere in his remarks, Iwaz said Imam Hussein (AS) showed the pinnacle of courage, bravery and self-sacrifice on the path of God.

“The Imam (AS) sacrificed everything he had on the path of God and victory of Islam so that the religion will remain. He sought to reform the Ummah of his grandfather, Prophet Muhammad (PBUH) and reviving the truth of La Ilaha Illa Allah (There is no God but Allah)”.

Iwaz further referred to the mourning rituals for the martyrdom of Imam Hussein (AS) organized in the lunar months of Muharram and Safar and said not only Shia Muslims, but also others, including Sunnis, Christians and followers other faiths take part in these rituals.

He said the Astan takes various measures to serve the huge number of pilgrims of Imam Hussein (AS) holy shrine and ensure their security, safety and health during the mourning processions, including in Arbaeen, but the fact is that all of the pilgrims are under the protection of Imam Hussein (AS).

In this year’s Arbaeen procession last week, more than 21 million pilgrims from Iraq, Iran and other countries converged on the holy city of Karbala to mourn the 40th day after the martyrdom anniversary of the third Imam (AS) and his companions.