General
The link was copied
News ID: 3480615
TEHRAN (IQNA) – A huge number of pilgrims from Iraq and other countries have converged on the holy city of Najaf, the Astan (custodianship) of Imam Ali (AS) holy shrine said. 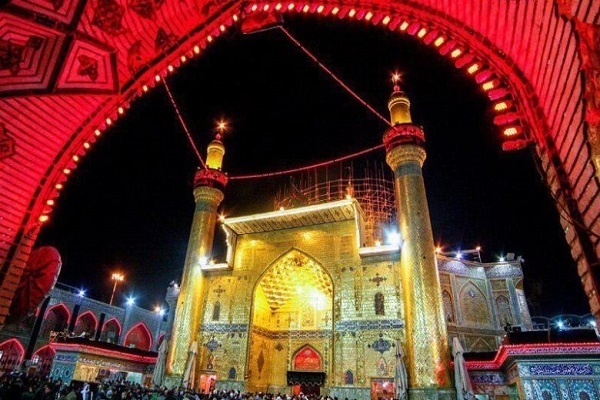 They have visited the holy mausoleum to attend mourning rituals marking the demise anniversary of Prophet Muhammad (PBUH) and martyrdom anniversary of Imam Hassan Mujtaba (AS), the second Shia Imam.

Salim Al-Hissani, an official with the Astan, said a special committee has been set up to oversee the implementation of a plan to provide services to the pilgrims.

All necessary measures have been taken to host and serve the large number of pilgrims, the official went on to say.

Sunday is the 28th day of the lunar month of Safar, which marks the demise anniversary of the Holy Prophet (PBUH) and martyrdom anniversary of Imam Hassan (AS).

Muslims in different countries organize ceremonies and rituals in mosques, holy sites and religious centers to mourn the sad occasion.

Prophet Muhammad (PBUH) received the first revelations when he was 40 and after 13 years of inviting people of Mecca to Islam, migrated to Medina as a result of pressures by his enemies.

The Prophet (PBUH) passed away in Medina on the 28th of Safar in year 11 Hijri (632 CE). He established the first Islamic government and devised Islamic rules while in Medina.