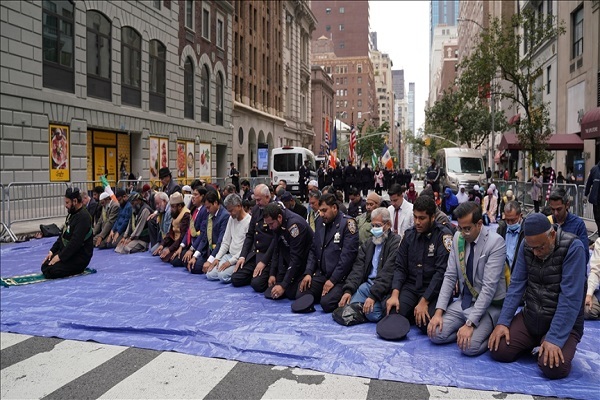 Scores of Muslims as well as officers from the New York Police Department (NYPD) took part in the parade on Sunday.

The march, which began on Madison Avenue between East 24th and East 26th Street in Manhattan, drew Muslims from many nationalities that live in the US.

Members of the NYPD and Muslim Officers Society also marched.

The marchers chanted takbir, Allahu Akbar (Allah is the Greatest). The parade also featured trucks carrying models of the Kaabah and the Dome of the Rock in the al-Aqsa Mosque compound in al-Quds.

The marchers also held a food festival and got a taste of cultural and musical performances.