General
The link was copied
News ID: 3480663
TEHRAN (IQNA) – The vice president of Maldives said the participation of students from the country in the prestigious Holy Quran competition in Mecca is an honor and brings goodwill to the nation. 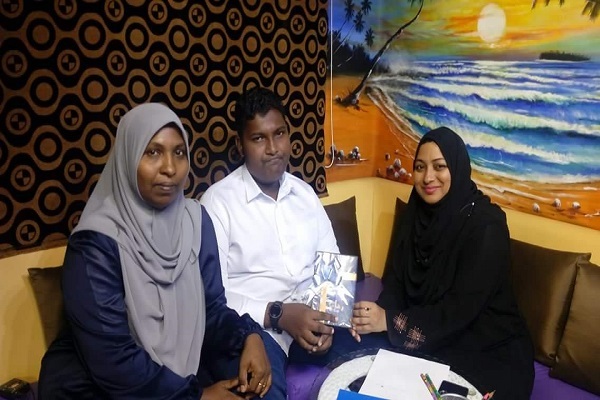 Faisal Naseem made the remark at a meeting with the Maldivian students who competed in the King Abdulaziz International Competition for the Holy Quran, held in the holy city of Mecca, last week.

During the meeting held at the President’s Office on Wednesday, VP Naseem applauded the students and their parents for their tireless efforts.

He also noted Ahmed Nabeeh’s success in the competition.

Saying that the incumbent administration of President Ibrahim Mohamed Solih works hard to instill fondness and respect for the Holy Quran in the hearts of children, VP Naseem added that the government is working to pave opportunities for students in the field of Quran.

The meeting was also joined by Minister of Education Aishath Ali and Minister of Islamic Affairs Dr. Ahmed Zahir.