General
The link was copied
News ID: 3480716
TEHRAN (IQNA) – The French government has closed dozens of mosques in the past two years or so under the pretext of a controversial and much-criticized anti-separatism law. 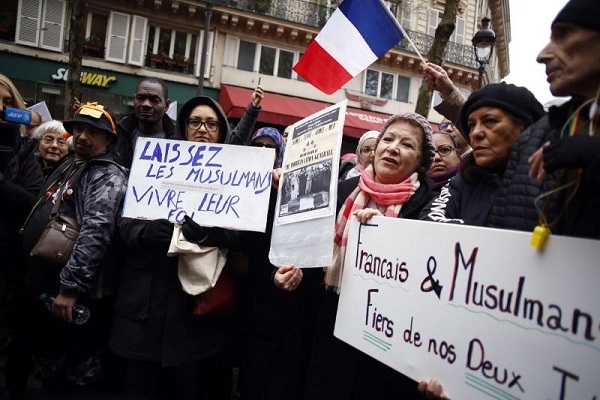 France has started the process of shutting down the Obernai mosque in the Bas-Rhin area. But this isn’t the first time it has done so.

Since 2020, there have been at least 23 reported closures of mosques around the country, in what critics say is a direct action against French Muslims, who make up six percent of the total population.

France’s Minister of the Interior and Overseas Gerald Darmanin revealed this on his Twitter, saying, “At the request of the President of the Republic, the fight against Islamist separatism continues. In the past two years, 23 separatist places of worship have been closed.”

This growing anti-Muslim sentiment across France’s political spectrum has been a cause of concern for rights activists and organisations.

In almost all of the instances of mosque closures, representatives of the mosques say the French government has provided inadequate public evidence about the grounds for their decisions.

A Reuters report from earlier this year talks about how an array of powers that rights activists, international organisations – including the United Nations – and members of the Muslim community say give authorities carte blanche to close down places of worship without proper scrutiny and with procedures so opaque the case can’t be overturned.

“It’s Kafkaesque,” Fionnuala Ni Aolain, a UN special rapporteur on the protection of human rights while countering terrorism, told the news agency of the legal procedures used in such cases, which can include evidence where the source isn’t identified.

“The flirtation with secretive evidence is in itself worrying, but it also breaches provisions in international treaties relating to the right to a fair trial and equality before the law.”

When the French authorities decided to shut down the Obernai mosque, they cited its prayer leader, or imam, of being “radicalised”, further accusing the person of carrying out “radical preaching activities, taking a hostile attitude towards French society and making provocative comments against the values of the republic”.

It is the controversial anti-separatism law that allows the authorities a free hand in targeting French Muslims by using a much-criticised concept of “separatism”.

Since the implementation of the law, which has received criticism from many observers including rights defenders, academics and activists, the life of Muslims in France has come under strict scrutiny.

The critics of the law call it “restrictive and repressive” in nature.

Moreover, the newly released European Islamophobia Report 2021, mentions in its executive summary for the state of anti-Muslim sentiment in France that “this law, which is supposed to provide a strong response against ‘terrorism’ and ‘radical Islam’, has in fact provoked a violent crackdown on Muslim visibility and organisation”.

“It affects first the most visible Muslims by extending the ban on religious symbols to many other spaces and criminalises any attempt to organise independent Muslim worship and fight Islamophobia by carrying out abusive closures.”

One of the crucial findings in the report states that the arbitrary closure or dissolution of many Islamic bodies such as associations, schools, mosques, restaurants or publishing houses has very often been justified by unconvincing reasons.

“It is also important to question the intentions of the French government in implementing a policy that goes so far as to criminalise Muslimness,” the report says.

“Islamophobia in France is primarily the result of the state, which seeks to establish an ‘Islam of France’ which removes self-determination from French Muslims to make them ‘Muslims without Islam’.”