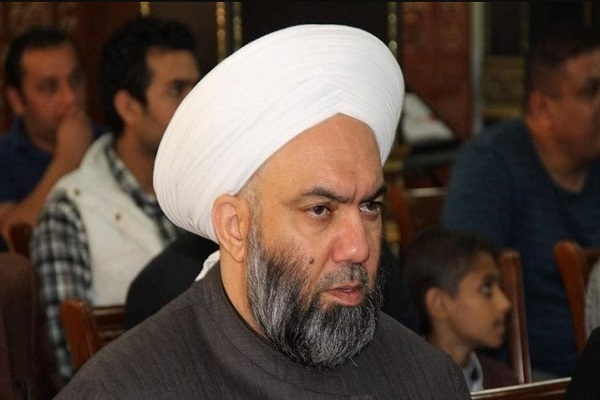 Sheikh Khaled al-Mulla said a hotel room he was staying in was attacked by unknown assailants last night.

A number of gunmen opened fire at the room and then fled the scene, according to the Middle East News.

In a video taken from the hotel, bullet scars are seen on the wall of his room.

Security organizations have launched an investigation into the attack, the report added.

The hotel is located in an area of Basra where most of government offices are.

The area had been the scene of violent clashes last Tuesday, when 15 rockets were fired at government buildings.

Born in 1967 in Basra, Sheikh Khaled al-Mulla has a PhD in Quranic sciences from Ad-Dawah University in Beirut.

He is among pioneer in promoting proximity among Islamic schools of thought and is opposed to sectarianism and tribalism.

He established the Foundation for Moderation and helped found the Iraqi Scholars Association in 2007. He is currently the president of the association.