Culture
News ID: 3481304
TEHRAN (IQNA) – Family is one of the most important and fundamental bases of society and shoulders the responsibility for growing children who build up the next generations. Islam is sensitive toward this social unit and has defined specific frameworks for it. 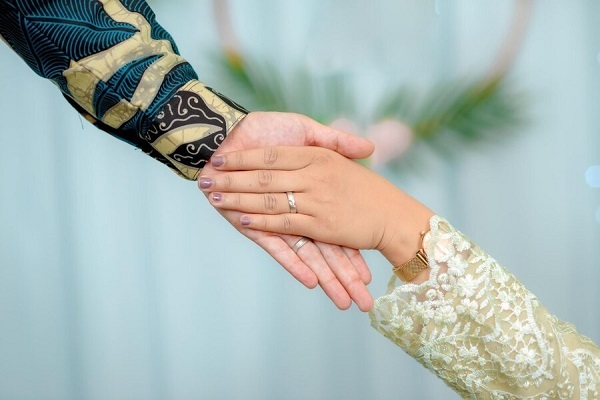 The Holy Quran offers many regulations on marriage; one of them is banning Muslims from marrying infidels (idolaters):

Elaborating on the verse, Tafsir Nemooneh (an exegesis written by Ayatollah Makarem Shirazi) notes that this part of Surah Baqarah is a response to a question on marrying idolaters. The verse implies that marriage does not just aim to satisfy one’s sexual needs as a spouse has a direct role in growing the children and forming one’s character.

What comes at the end of the verse is an order to think deeper: “The pagans invite you to the fire, but God invites you to Paradise and forgiveness through His will.”

0
LIKE
Error Report
Related News
Distance between Trade and Riba According to Quran
What Makes Almsgiving Worthless and Void
‘Lending to God’: Quran’s Encouragement to Help Those in Need
Quran’s View on Responsibility of Covering Cost of Living
God Does Not Like Transgressors
Divine Call for Building Unity, Avoiding Division
Most Comprehensive Verse of Quran
Muslims Advised against Blind Emulation
Halal Foods in Quran
No Fear As God Is Always with Us
Submission to Truth Brings Differences to End
Infaq; Giving Away Part of What One Dearly Loves
Why Is Man Always in Hardship?
What Turns Enmity into Friendship
Quran Views Moderation as Key to Reform
Curbing Anger A Sign of People of Faith
Event of Mubahala; Quran’s Insistence on Dialogue
Quranic Teachings about Wealth, Removing Poverty
Quran Paving Ground for Dialogue
Ghadir; A Message as Important as Prophet’s Mission
Caliphate Verse in Quran; Choosing Prophet Muhammad’s (PBUH) Successor
How to Prevent Collapse of Society
God Has No Children And Here Is Why
Holy Kaaba First Place of Worship in History
Quran Categorically Rejects Racism
Significance of Ayatul Kursi
Quranic Criteria of Righteousness
How to Disarm Satan?
How Satan Affects Man’s Path of Growth
Do You Know Your Enemy?
Quran Lays Great Emphasis on Honoring, Respecting Parents
No Way for Disbelievers against Believers
God’s Definite Promise to Answer Prayer
Meeting with God; The End to Sufferings of Life
How Does Quran Offer Guidance?
Having Patience in Face of Difficulties
God Knew What Angels Didn’t
When Unbelievers Turn to God
Tags: What quran says ، holy quran ، quranic concepts
Your Comment