General
The link was copied
News ID: 3481575
TEHRAN (IQNA) – A ceremony was held in Tehran on Tuesday in which winners of the 34th edition of the Quran competition for the personnel and conscript soldiers of Iran’s Ministry of Defense were honored and awarded. 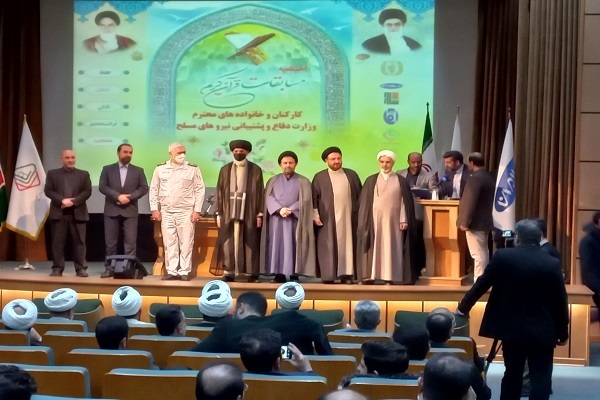 It began with recitation of verses from the Holy Quran by top winner of the recitation category Seyed Mohammad Lajevardi and playing of Iran’s national anthem.

Then there were a number of speeches delivered by the Defense Ministry officials who said the competition is held with the aim of promoting the Quranic culture and teachings and spreading Quranic activities among the staff and family members.

The final round, held at the holy shrine of Hazrat Abdul Azim Hassani (AS) in Rey, south of Tehran, was attended by 370 members of the ministry’s staff and conscripts who had the best performance in the preliminary round.

The top winners made it to the nationwide Quran competition for the Islamic Republic of Iran’s Armed Forces.