General
News ID: 1429669
A deputy to Iran's Vice-President for Legal and Parliamentary Affairs said the Zionist regime will have to admit defeat now just as it did in the 33-day and 8-day wars. 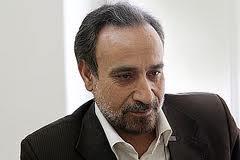 Speaking to IQNA, Mohammad-Reza Khabbaz said Palestinian resistance fighters have managed to force the Zionists to retreat, adding that Tel Aviv will have to admit defeat like the 33-day war (against Hezbollah in 2006) and 8-day War (against the Palestinian resistance movement, Hamas, in 2012).
He further condemned the silence of human rights circles over the Zionist atrocities in Gaza and slammed those who condone or even approve of these inhumane crimes.
The Zionist regime continues to pound the Gaza Strip for the seventh straight day. According to the latest reports, at least 170 people have lost their lives in Gaza since Tuesday when the Israeli attacks began.
Israeli Prime Minister Benjamin Netanyahu has said that the Tel Aviv regime will not stop its attacks on the Gaza Strip.
Elsewhere in his remarks, Khabbaz referred to the upcoming International Quds Day, and hoped rallies on that day will be held more gloriously than ever with the participation of all freedom-seekers of the world who will condemn the Zionist aggressions on Palestinians.
Imam Khomeini, the late founder of the Islamic Republic of Iran, in August 1979 declared the last Friday of the Muslim holy month of Ramadan as International Quds Day, calling on Muslims across the world to mark the annual occasion by holding street rallies.
Since then, millions of people around the world take to the streets on this day in a show of support for the people of Palestine, demanding an end to the Zionist regime's occupation of Palestinian lands.
http://www.iqna.ir/fa/News/1429600