Social
News ID: 2683051
TEHRAN (IQNA) - The first edition of “Imam Hussein (AS)” international academic book fair was launched by the Astan (custodianship) of Imam Hussein (AS) holy shrine on January 4 in the holy city of Karbala. 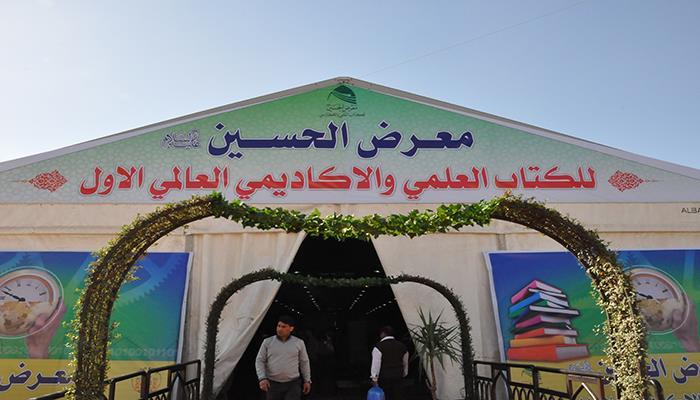 According to the website of the Astan, the exhibition was opened at Al-‘Aqeelah Courtyard in Tilla-e Zainabiah region.

It is a part of the 9th edition of “Rabee’ Al-Risalah” International Festival organized on the birth anniversary of the Holy Prophet (PBUH).

Ali Majid, director of the exhibition, said that seven international publishers involved in the publication of scientific and academic books have participated at the exhibition.

They have presented books on medicine, engineering, physics, chemistry and other sciences, he added.

The director said that besides the publishers, 9 universities of the country including Al-Mustansiriya University and Baghdad University have also presented their achievements and scientific publications at the exhibition.

The Iraqi official noted that the books presented at the exhibition are sold at a 40 percent discount for university lecturers and students.

The 9th “Rabee’ Al-Risala” International Festival is organized by the Astans of the holy shrines of Imam Hussein (AS) and Hazrat Abbas (AS) in the holy city of Karbala.